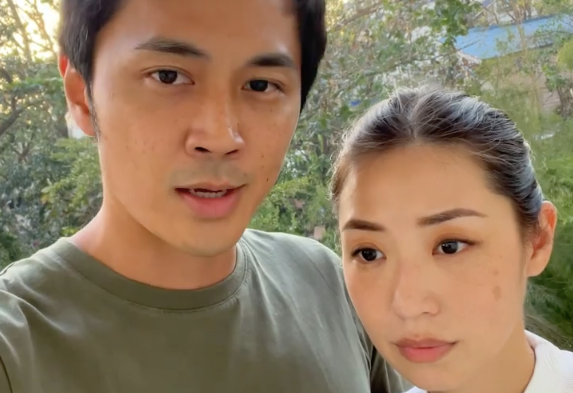 Slater Young and Kryz Uy have called for more support for their hometown Cebu as they believe those who were not affected by typhoon Odette are not fully aware of the damages suffered by the city.

The vlogger couple expressed their concern for their fellow Cebuanos in a video on Young’s Instagram page last Sunday, Dec. 19. According to them, it has been hard to contact loved ones and show the situation in Cebu post-typhoon Odette due to the lack of reliable internet connection.

“We’re making this because I don’t think Cebu’s getting heard or the rest of the victims of typhoon Odette. You don’t see a lot of pictures on how bad it really is here,” Young said.

They then narrated how gas and drinking water have been scarce since the typhoon hit the city, and even “well-built houses” were destroyed.

“Some of our friends [who] can afford to live in a good house, nahihirapan na nga kumuha ng tubig (are having a hard time getting water), so how much more the other people here in Cebu,” the couple added. “Cebu is having a hard time and I’m sure Siargao, Negros, Bohol. We don’t know what information is being put out there because we don’t have internet.”

Young lamented how people have been contacting him like nothing happened to their hometown, leading him to think that the situation in Cebu was not being communicated enough.

Young then urged them to spread awareness about the struggles faced by Cebuanos after the typhoon.

Other celebrities who also called for donations for typhoon Odette victims include Nadine Lustre, Andi Eigenmann and Miss Universe 2021 Beatrice Luigi Gomez, among others.

Super typhoon Odette had its first landfall on Siargao island on Thursday afternoon, Dec. 16, before it hit Cebu City later that night. The national police said the death toll related to the typhoon has risen to 375, even as survivors continue to plead for supplies.  /ra