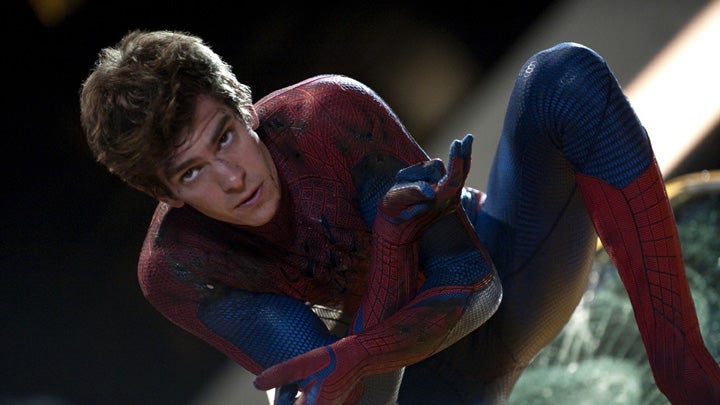 Marvel fans want a third “The Amazing Spider-Man” movie, and they harnessed fandom power to make #MakeTASM3 trend. They did not stop there — they also started an online petition to prove they’re serious.

The “Make ‘Amazing Spider-Man 3’ starring Andrew Garfield” petition was created on change.org by one Trav B. Ryan on Sunday, Dec. 19. He said that while the recent “Spider-Man: No Way Home” movie starring Tom Holland is “arguably the best Spider-Man movie to date,” Garfield’s portrayal of the web-slinger deserves another chance.

“Andrew and all his witty spider-like banter is a great Spider-Man. But most importantly, a Spider-Man that deserves something. Something that Tobey and Tom respectfully had,” he stated on the petition’s main page. Almost 5,000 fans have signed it, as of writing.

Fans also took to Twitter to speak up on why they think Garfield deserves a third and final Spider-Man movie.

“Now that Tom’s Spider-Man has a Trilogy too…We need Andrew’s Spider-Man movies to get a 3rd part too,” one @barna0409 demanded on yesterday, Dec. 20.

Now that Tom’s Spider-Man has a Trilogy too…We need Andrew’s Spider-Man movies to get a 3rd part too..#TheAmazingSpiderMan3 #MakeTASM3 pic.twitter.com/cOyPNwPDhe

The fans’ love for Garfield seems to be the root of this petition. Many say that the actor deserves another shot at portraying the comic book icon, especially since his love for the role has been felt by his fellow Spider-Man fans from the beginning. Many shared a video from the 2011 San Diego Comic Con panel to prove their point.

“He deserves to finish his trilogy,” said @im_dk99 also yesterday.

It warms my heart to see more people appreciate Andrew’s Spider-Man and clamoring for TASM 3. He deserves to finish his trilogy. #MakeTASM3 pic.twitter.com/3DIwFn6wNM

Did Garfield waste his “shot?” Not really, as Garfield fans believe he was not given a good-enough script for “The Amazing Spider-Man 2,” which got mixed to negative reviews from critics.

“It’s all about this guy, not the film. He deserves a better script and a third movie,” one @namitee19 explained yesterday to @Bosslogic, after the former claimed that people are only beginning to appreciate Garfield’s Spider-Man movies after Holland’s “No Way Home.”

Bruh it’s all about this guy, not the film. He deserves a better script and a third movie #MakeTASM3 pic.twitter.com/2sxY7xqzGw

A number of Spider-Man fans also admitted that while “The Amazing Spider-Man 2” was not a particularly good movie by their standards, Garfield deserved closure for a role he loved so much.

“Even though TASM 2 wasn’t all that amazing, I still want Andrew to receive a closure for his films cause he absolutely fucking deserves it,” one @Sentinel_OpsYT stated last Sunday, Dec. 19.

Now I’m seeing a lot of make TASM 3 tweets, and even though TASM 2 wasn’t all that amazing, I still want Andrew to receive a closure for his films cause he absolutely fucking deserves it. Make it happen Sony and Marvel. #MakeTASM3 pic.twitter.com/IhBZV1QIPE

Another user echoed these sentiments, saying that Garfield did an “amazing job” as Spider-Man and that his performance in the role is under-appreciated.

“[Garfield] deserves the chance to end his Spidey’s story in The Amazing Spider-Man 3,” one @michaelp93 said yesterday, Dec. 20.

Andrew Garfield did an incredible job in The Amazing Spider-Man franchise and it has always bothered me that his performance was so overlooked.

He deserves the chance to end his Spidey’s story in The Amazing Spider-Man 3. #MakeTASM3 pic.twitter.com/ZTmJxuUf2i

Actually, the love for Garfield’s performance in “The Amazing Spider-Man” movies comes into play a lot when people make their case for #MakeTASM3.

Some fans even disagree with the notion that “The Amazing Spider-Man” movies were anything less than good. Twitter user @Itssan17 said that both movies were “top tier cinema,” which is why they deserve a final movie.

Tweeted yesterday, the sentiment has received over one thousand likes, as of writing.

Alright it’s time we all accept that both The Amazing Spider Man movies are top tier Cinema. And they deserve a proper conclusion#MakeTASM3 pic.twitter.com/jT5NW2eFQc

Meanwhile, other Twitter netizens’ points are completely left field, but not entirely useless.

“Let the man fight an alien,” one @threemad5 said today, Dec. 21. A gif of Spider-Man swinging around New York was attached to the tweet. It was from an “The Amazing Spider-Man” movie.

Andrew’s Spider-Man will always be my favourite. Let the man fight an alien.#MakeTASM3 pic.twitter.com/amFFs8SMBj

There are a number of reasons why fans want Sony to complete “The Amazing Spider-Man” series, but it appears that the strongest of reasons is this: that movie series does deserve another chance, if only because of the undeniably amazing Garfield. JB

Can Spider-Man swing to Hollywood’s rescue with ‘No Way Home’?