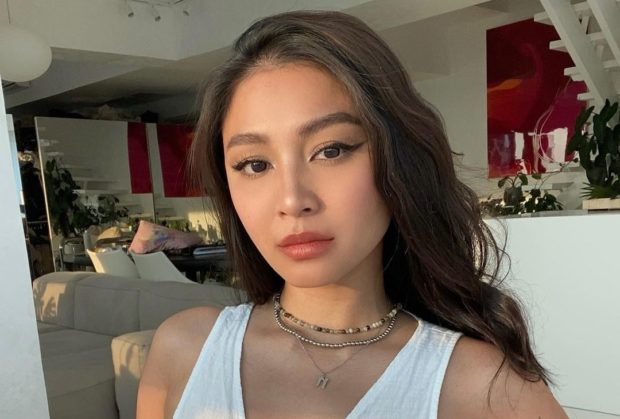 Nadine Lustre stressed that she is really worried for those affected by typhoon Odette in Siargao after she called out those who questioned her concern for residents of the island.

The actress asserted that she is indeed concerned for the typhoon victims in a Twitter post last Friday, Dec. 17. This is in response to one @Scarlet72403230’s now-deleted tweet, also last Dec. 17, accusing her of only being concerned for her rumored boyfriend, Christophe Bariou. 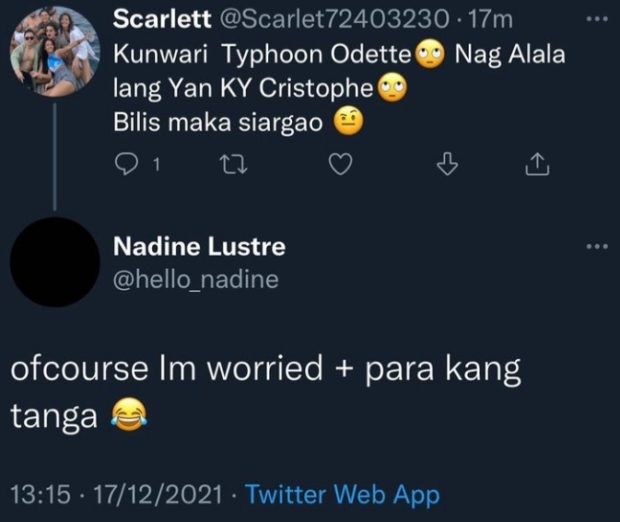 Lustre admitted she has been “frantic all day” while extending help to those living in Siargao and described her trip to the airport as being like in a “war zone.”

“I’ve been frantic all day. My cortisol level hasn’t been this high in ages. I can’t even think straight,” she said. “Please, let’s all help everyone affected by typhoon Odette. That trip to the airport wasn’t fun either. It was a freaking war zone.”

that trip to the airport wasn’t fun either.
It was a freakin’ war zone.

The actress has been urging the public to send support to those in Siargao by showing, through retweets and posts, various initiatives where people may send cash or in-kind donations.

Lustre has been flying between Manila and Siargao for the past few months as she now owns a property on the island. It is not clear whether Lustre was in Siargao when Odette wreaked havoc there.

Fellow celebrities who also talked about the devastation that Odette brought are Slater Young, Andi Eigenmann and Miss Universe Philippines 2021 Beatrice Luigi Gomez. They all called for support for those affected in their hometowns of Cebu and Siargao, as well as for other areas.

Super typhoon Odette made its first landfall in Siargao on Thursday afternoon, Dec. 16. At least 76 people lost their lives in the affected regions of Visayas and Mindanao. JB

Andi Eigenmann shows devastation on road to Siargao home, asks for help for the island