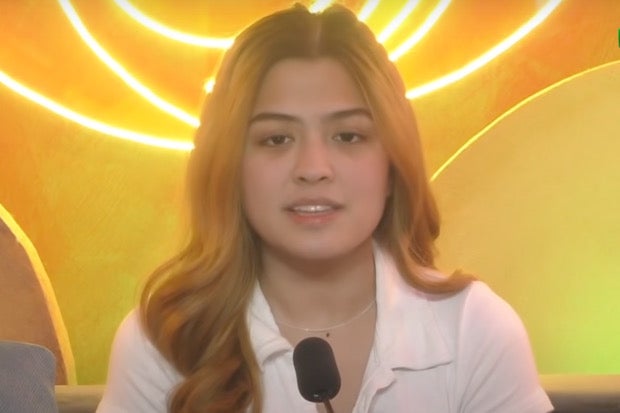 “Pinoy Big Brother” housemate Alexa Ilacad has spoken up about how she felt for being nominated by fellow housemates whom she least expected would do so.

Ilacad revealed to Big Brother that she got hurt over the reasons cited for her nomination, as seen on Pinoy Big Brother’s YouTube page last Tuesday, Dec. 14.

(I won’t lie by saying I am not affected. There’s pain in my heart, most especially [because] of comments that came from people I least expected.)

This she said after the housemates were given a “black gift” containing the list of housemates who voted for her nomination and their reasons for it.

(Kuya, I’m giving Alexa one point because sometimes she prioritizes herself more than the group’s welfare.)

Ilacad also read Brenda Mage’s nomination card for her, which she revealed she already saw coming.

(I already had a feeling that he’s one of those who continuously votes for me, and I’m right.”

(Compared to the others, she’s ready to leave the house. She’s somewhat complacent, as if she doesn’t worry anymore if she gets voted out.)

Other housemates who nominated her include Anji Salvacion, Jordan Andrews and Samantha Bernardo, who pointed out Ilacad’s “rude and bossy” attitude as their reasons.

Ilacad leads this week’s batch of nominees after garnering nine votes from her fellow housemates. Other nominees include Brenda Mage and KD Estrada who both received five points, Eian Rances and Anji Salvacion both with three points, and Jordan Andrews who got two points. JB