PBB alum Dionne Monsanto is pregnant with her first child 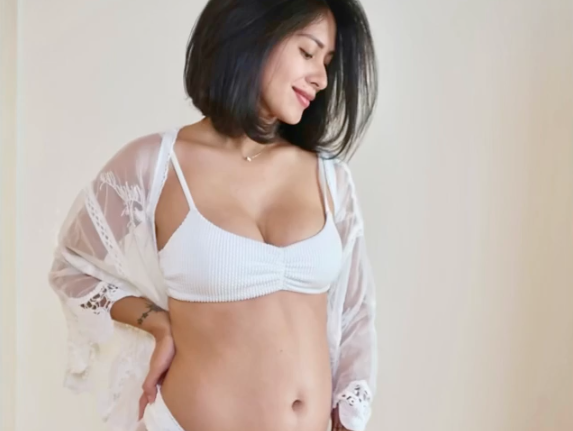 Monsanto announced that she is 20 weeks pregnant by showing her baby bump on her Instagram page today, Dec. 5. The former actress, who also turned a year older today, told fans that her pregnancy is her “best birthday gift so far.”

“This year has given me [so] much!” she said. “I moved to a new country, learned a new language, discovered new interests, got engaged, married my best friend [and] love of my life and together, we traveled [and] discovered different countries [and] cultures. But this may be our most exciting adventure yet!”

“I have never been this in love with life, and with love itself. I am so wildly grateful to the universe for conspiring in my favor,” she added.

Monsanto got engaged to Stadler in February this year. She announced later that same month that she is retiring from showbiz, with “Hello Stranger: The Movie” being her last film ever.

The couple then got married in Switzerland last March, after years of being in a long distance relationship.

Monsanto started her showbiz career as a contestant in “Pinoy Big Brother: Season 2” back in 2007. She has since appeared in several TV shows including “George and Cecil,” “Lovers in Paris” and “Lobo.” JB

Read Next
WATCH: ‘Spider-Man: Across the Spider-Verse (Part One)’ teaser out, shows Spider-Man 2099
EDITORS' PICK
High inflation: Your P1 is now worth only 87 centavos
UK’s Boris Johnson will resign, BBC reports
High-risk pregnancy: Reducing your risk is in your hands
Geek out at TOYCON 2022 powered by Smart Signature
House energy committee chair Arroyo bats for cheap electricity
Unemployment rate up to 6% in May
MOST READ
Suspect in grisly killing of missing woman in Bulacan arrested
Kim Atienza’s daughter flaunts bikini body in response to critics of her ‘revealing photos’
Japanese artist who created ‘Yu-Gi-Oh!’ found dead in the sea
UK PM quits as Conservative leader
Don't miss out on the latest news and information.