WATCH: 'Spider-Man: Across the Spider-Verse (Part One)' teaser out, shows Spider-Man 2099 | Inquirer Entertainment

WATCH: ‘Spider-Man: Across the Spider-Verse (Part One)’ teaser out, shows Spider-Man 2099 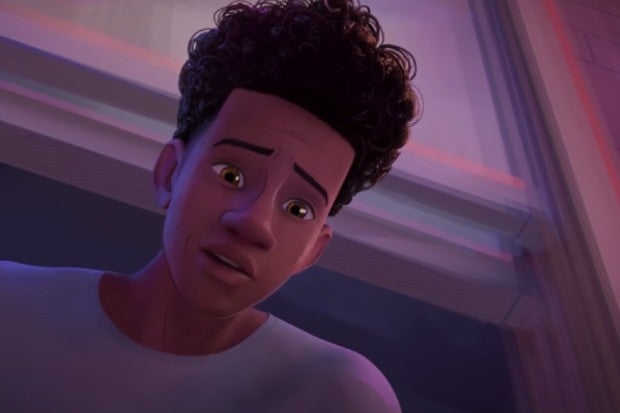 “Spider-Man: Across the Spider-Verse.” Image: screenshot from the official teaser trailer on Youtube/Sony Pictures Entertainment

The sequel, appearing to be the first of two parts, will be coming out on October 2022, as seen in the trailer released on Sony Pictures Entertainment’s YouTube channel on Saturday, Dec. 4.

The “first look” teaser showed Miles reuniting with Gwen Stacy after she jumped from her universe into his, which is exactly where the last movie left viewers off. Miles hesitantly agrees to join Stacy on an adventure. The scene then fades to Miles in the middle of a battle across universes, with Spider-Man 2099, whom fans first saw through an image teased in the post-credits of the 2018 film.

Writer-producers Phil Lord and Chris Miller said that Miles will “reunite with some old friends and meet… a lot of new ones” this time around, as per their exclusive Twitter interview with Entertainment Weekly also on Saturday.

Much to the disappointment of fans, this may not include Marvel’s live-action Spider-Man, Tom Holland. When asked about a potential cross-over between Miles Morales and Holland’s Peter Parker, Lord and Miller revealed that they have seen the new “Spider-Man: No Way Home” movie and that they would be “very surprised” if Miles was in it. Still, they added that “everyone is a part of the Spider-Verse.”

“Spider-Man: Across the Spider-Verse (Part One)” will be directed by Joaquim Dos Santos, Kemp Powers and Justin K. Thompson. Its cast of voice actors include Shameik Moore, Hailee Steinfeld and Oscar Isaac. They play Spider-Man, Gwen Stacy and Spider-Man 2099, respectively. JB