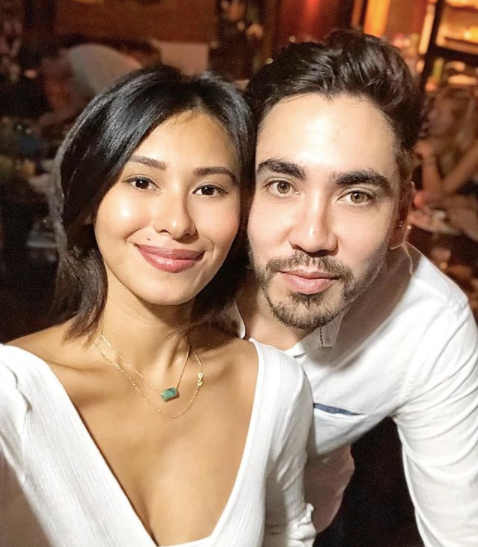 Dionne Monsanto is engaged to her boyfriend Ryan Stalder after reuniting with him in Switzerland.

The “Pinoy Big Brother” alum flew to the country last January. She said it had been a year since she last saw her now-fiance, who is Filipino-Swiss.

Monsanto announced their engagement on Instagram yesterday, Feb. 6, sharing photos of them in robes and a ring on the actress’s left finger. Snow-capped mountains made for a picturesque backdrop for the happy couple.

“I said, ‘Yes! Why’d you take so long?’” Monsanto said of her response to Stalder.

She also reveled in the fact that they were friends before they were a couple.

“Ryan [and] I have known each other since my PBB season in 2007. Yet we only started dating in 2018—11 years of knowing each other,” she said. “Grateful that we were friends first and that we’ve seen each other grow.”

The day before, the couple celebrated their lasting relationship by wearing matching outfits in their “first date in more than a year.”

The couple began dating in 2018 after Stalder visited the Philippines to open a restaurant-resort in Siargao. They bridged the distance between the Philippines and Switzerland by traveling to see each other every 3 months. But with the pandemic and travel restrictions, Monsanto told ABS-CBN Lifestyle in May 2020 that they kept their relationship strong the past year through video calls. With the engagement, it appears they now plan to be inseparable. JB