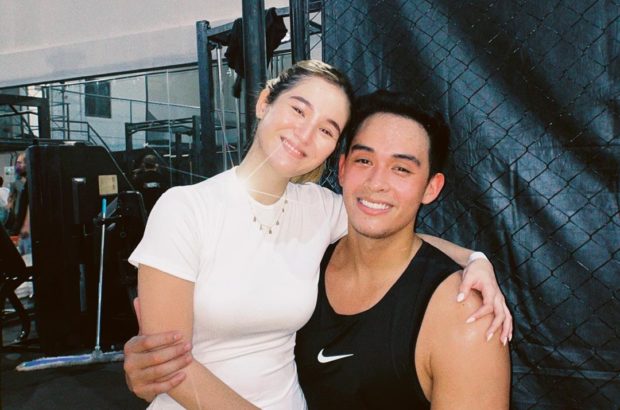 Barbie Imperial stood up for her boyfriend, actor Diego Loyzaga, amid speculations that he is cheating on her with actress AJ Raval.

Speculations that Loyzaga is cheating on Imperial started when social media personality Xian Gaza accused the actor of visiting Raval at her home in Pampanga, as per Gaza’s Facebook post last Nov. 17. Gaza also said the couple supposedly had a fight in a hotel in Tagaytay, leaving their room with broken appliances.

Imperial denied these speculations, stressing that the rumors only made her relationship with Loyzaga “stronger,” as seen in her interview with TV host Boy Abunda for “The Best Talk” on Cinema One’s YouTube channel yesterday, Nov. 28.

“Pinili namin mas maging strong. Ang hirap kasi first time ko na yung lalaki na minahal ko, tinanggap ng mga tao,” she said. (We chose to be stronger. It’s difficult because this is the first time that the man I love was accepted by the public.)

Imperial admitted that she was saddened by the issue and she wanted to confront Gaza for talking about it on social media.

The actress also clarified that videos of Loyzaga and Raval in Pampanga which are circulating online were actually from a movie shooting. The two recently worked together in the murder mystery film “Death of a Girlfriend.”

She then stressed that it would have been unlikely for her boyfriend to cheat on her because Raval was still in a relationship with “Pinoy Big Brother” alum Axel Torres when she starred opposite Loyzaga.

Imperial also addressed Raval, urging her to speak up on the issue.

(If you have nothing to do with the issue or you know that Diego did not cheat on me with you, speak up. So for me, why does it seem that you like what’s going on, [this issue] that you and Diego had a thing?)

Imperial also said she decided to keep silent when the accusations first circulated online, but she is now speaking up because she knows Loyzaga has been faithful to her.

“Wag ‘yung taong mahal ko kasi magsasalita talaga ako para sa kanya,” she said. (Don’t [do this to] the person I love because I would really speak for him.)

Loyzaga and Imperial have been together for a year though they have been longtime friends before becoming a couple. The actor confirmed their relationship last January.

Aside from Loyzaga, Raval was also recently romantically linked to actor Aljur Abrenica. She admitted last October that she and Abrenica were “getting to know” each other. However, she denied that she was the reason behind Abrenica’s breakup with his estranged wife Kylie Padilla.

Raval went on a “social media detox” and wiped her Instagram page clean after being involved in the issue. The actress also reportedly burst into tears during a recent press conference for supposedly being misjudged by the public. JB

Diego Loyzaga to GF Barbie Imperial on her being linked to Alodia-Wil split: ‘It’s just noise’