Now that he and Barbie Imperial are officially a couple, Diego Loyzaga is not holding back on expressing his love for her.

Imperial shared how stunned she was when Loyzaga arranged a surprise for her: polaroid shots of them stuck onto balloons in her room, which was filled with white petals, flowers and fairy lights, as seen in her Instagram post yesterday, Jan. 13.

The individual polaroids had messages from Loyzaga, such as “my princess,” “my sisters like you” and “my best friend.” On the bed was an envelope where he had written “Baby ko (my baby).”

“Came home to this. Grabe naman (This is amazing). Thank you, grabe ka talaga (you are really amazing),” said Imperial on Instagram. “[You’re] the best. Thank you my love @diegoloyzaga.”

The actor, meanwhile, took to Instagram Stories to tell Imperial, “Mahal kita (I love you).” 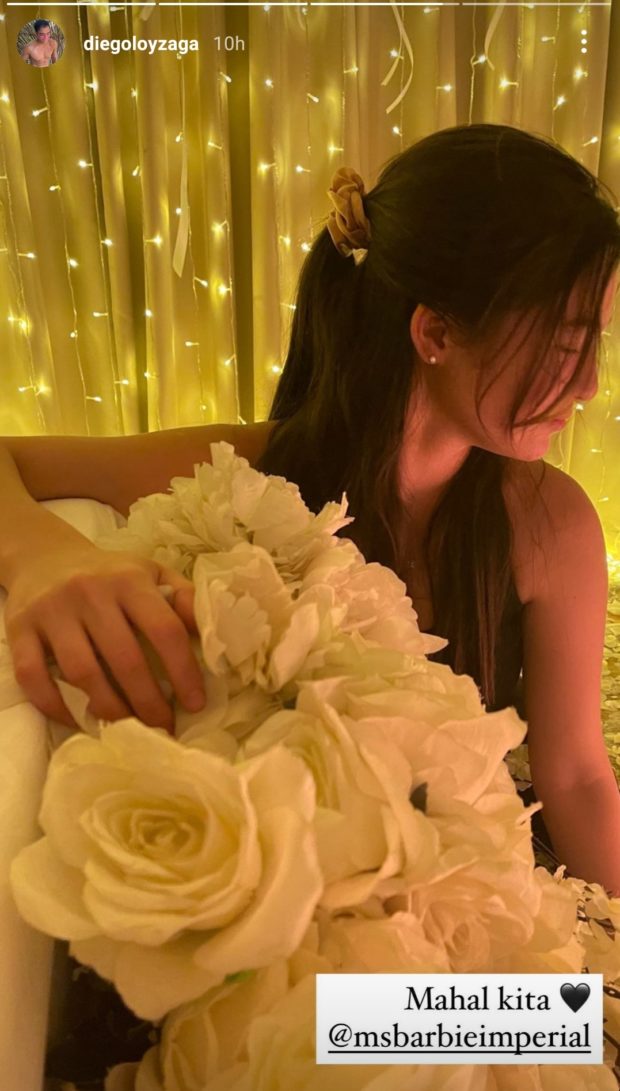 Loyzaga’s grand gesture comes after he confirmed his relationship with Imperial on New Year’s Day. Days later, Imperial described the relationship as “totally unexpected.” The two had been longtime friends before becoming a couple.  /ra