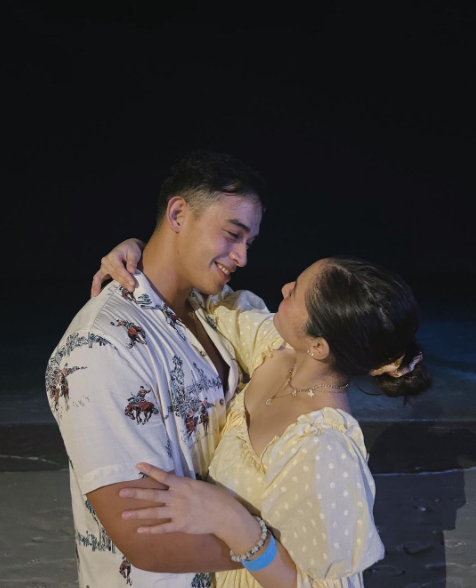 Diego Loyzaga welcomed the new year by publicly revealing that he is in a romantic relationship with young actress Barbie Imperial.

The actor announced that they were dating by posting a photo of him and the “Bagong Umaga” star in each other’s arms, as seen on his Instagram on New Year’s Day.

While the photo shared by the actor does not fully show Imperial’s face, the couple’s fellow celebrities have since congratulated the two for their new journey.

For one, “Pinoy Big Brother” alum Joj Agpangan shared that she was happy for the reveal, tagging Imperial in Loyaga’s post as she shared her well-wishes.

Sunshine Cruz, the mother of Loyzaga’s three half-sisters to father Cesar Montano, also wished the two happiness as she greeted them a happy new year.

“Damn. Hahahah! 2021! Lets go bro,” Martin commented, while Marquez said that he was “happy for you brother!!!”

Loyzaga’s reveal comes after months of being romantically linked with Imperial last year. Just last December, the two were spotted having what seemed to be a date at the Pinto Art Museum in Antipolo.  /ra