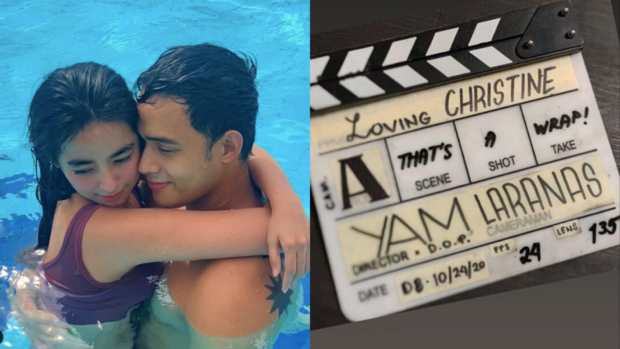 Diego Loyzaga and the team behind his first movie, “Loving Christine,” after his two-year hiatus from showbiz, has finally finished shooting.

Aliud Entertainment, one of the production companies working on the movie, revealed that they had finished filming through a post on its Instagram Stories earlier today, Oct. 28. The company showed a clapperboard bearing the phrase “that’s a wrap!” 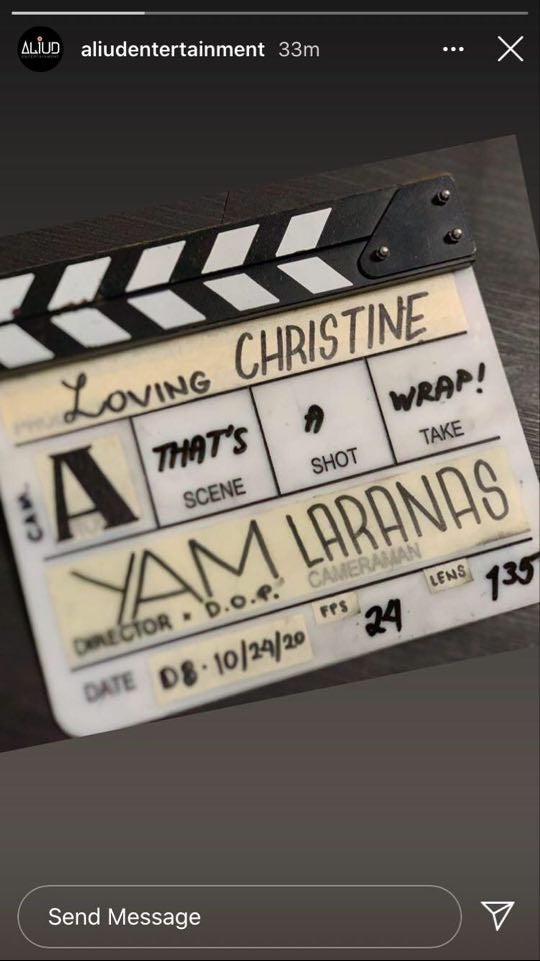 The actor will be starring opposite AJ Raval, the daughter of Jeric Raval. He is set to portray a character named Alonzo while AJ will be giving life to the titular role of Christine.

Filmmaker Yam Laranas directed the film, as per AJ’s post on Instagram last Sunday, Oct. 25. She also posted a photo from the set, which shows her hugging Loyzaga in a pool.

Laranas shared a black-and-white picture of the two actors in their costumes on his own page as well. Loyzaga looks at AJ from a few steps back while she stares at something outside of the frame, as seen in the post.

“Loving Christine” is a sexy thriller that focuses on two young lovers, Laranas told Inquirer Bandera. He added that it is a dark story about “young love and how both lovers go to extreme lengths in order to protect their relationship and each other.”

The film was also shot in one location outdoors, as per report. Though Laranas did not mention the movie’s release date, he stated that it will premiere on VivaMax since many cinemas are still closed amid the COVID-19 pandemic. JB

Read Next
Miss Cavite Billie Hakenson on being 4th runner-up: ‘I achieved more than the actual crown and title’
EDITORS' PICK
Geek out at TOYCON 2022 powered by Smart Signature
House energy committee chair Arroyo bats for cheap electricity
UK’s Boris Johnson will resign, BBC reports
High inflation: Your P1 is now worth only 87 centavos
Unemployment rate up to 6% in May
High-risk pregnancy: Reducing your risk is in your hands
MOST READ
Suspect in grisly killing of missing woman in Bulacan arrested
Kim Atienza’s daughter flaunts bikini body in response to critics of her ‘revealing photos’
Japanese artist who created ‘Yu-Gi-Oh!’ found dead in the sea
FDA probes popular Filipino noodle brand for ‘high level of ethylene oxide’
Follow @RArcadioINQ on Twitter
Don't miss out on the latest news and information.