American cinephiles turn to Tim Burton classics ahead of Halloween 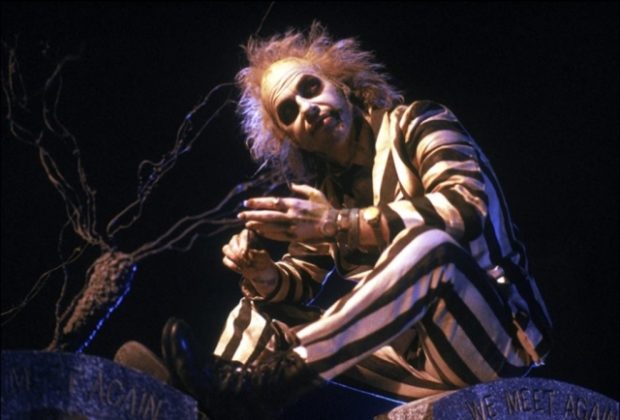 Tim Burton’s “Beetlejuice” is the most searched-for movie among residents of Florida, Illinois, Louisiana, Nevada and Washington. Image: Warner Bros. via AFP Relaxnews.

Has the COVID-19 pandemic canceled Halloween? After the United States’ Centers for Disease Control and Prevention advised against traditional Halloween activities amid the pandemic, Americans are turning to Halloween-themed movies as an alternative to door-to-door trick-or-treating and crowded haunted houses.

A new Atlas VPN report found that Americans are currently looking for Tim Burton’s 1988 classic “Beetlejuice” on the Internet. This fantasy comedy, in which a recently deceased couple tries to scare away the new inhabitants of the house they are haunting, is favored in 19 states, including Florida, Illinois, Louisiana, Nevada and Washington.

Although not a Halloween-themed movie per se, “The Nightmare Before Christmas” tops the chart as the most popular film in the U.S. for the month of October. The iconic animated film, also directed by Burton, is trending in 24 states. Among them are Colorado, Arkansas, Kentucky, Pennsylvania and Tennessee.

Since its release in October 1993, fans and critics have often questioned whether or not the tale of Pumpkin King Jack Skellington on his road to self-discovery is a Halloween or Christmas movie. Almost three decades later, the film’s composer Danny Elfman settled the debate in a USA Today interview.

“It’s obviously about Christmas, but for me, it’s a Halloween movie. Growing up, Halloween was my favorite night of the year and Christmas was a troublesome time. Into my adult years, it was a time where a bit of a dark cloud would follow me around –probably carrying over from my childhood until I had my own kids – and then I developed a new, brighter view of Christmas,” he told the publication.

Aside from Burton’s “The Nightmare Before Christmas” and “Beetlejuice,” American cinephiles are also searching the web for Adam Sandler’s latest comedy, “Hubie Halloween.” The kid-friendly Halloween comedy, available on Netflix, is the most popular film among residents of North Dakota.

Researchers also found that, just as in the rest of the world, Disney’s “Mulan” was popular among American film buffs. Residents of District of Columbia, Georgia, Mississippi, Montana, and New York favored the $200 million live-action remake of the 1998 animation over other movies.

Researchers from Atlas VPN compiled a list of the most popular movies in the U.S. according to IMDB and cross-referenced them with Google Trends data from October of 2020. CC