Miss Cavite Billie Hakenson on being 4th runner-up: ‘I achieved more than the actual crown and title’ 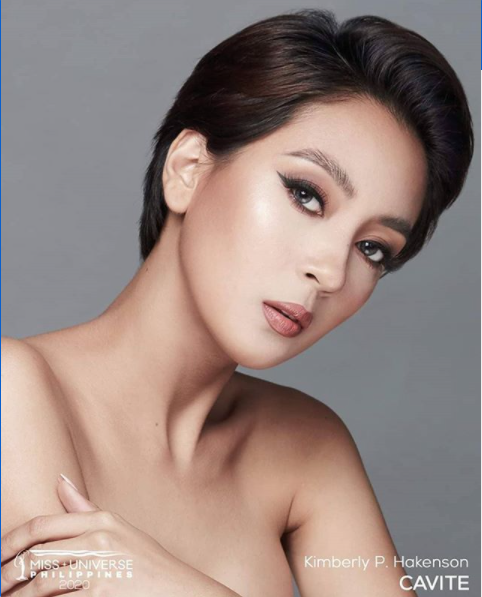 Billie Hakenson may not be Miss Universe Philippines, but she certainly feels like a winner.

Miss Cavite 2020 described herself as “the happiest 4th runner-up” following the pageant held on Sunday, Oct. 25 in Baguio City.

“I never expected to be part of the Top 5. And I’m still basking [in] elation with my achievements,” Hakenson said on Instagram yesterday, Oct. 28.

She shared pictures of her and two of the top 5 queens, Miss Universe Philippines 2020 Rabiya Mateo and Miss Bohol Pauline Amelinckx.

“Of course, the crown was the goal. But I achieved more than the actual crown and title,” mused Hakenson. “I was heard, and people listened.”

The pixie-haired beauty stood out with her poise and sincerity during Q&A portions. In the preliminary interview, Hakenson proudly described herself as bisexual. During her opening statement in the finals, she revealed that she was a “survivor of gender-based abuse.”

Hakenson also shared her love for Amelinckx and Mateo, who are her “sisters” in the beauty camp Aces & Queens.

She called Amelinckx her “sentimental Ms. Universe” and expressed support for her. “Of course my heart was broken because I know how amazing you would have been as our queen but I know you will have your moment. And I will be there to witness that.”

Meanwhile, she told Mateo that her “ates (sisters)” “will protect you and help you as best as we can throughout your journey.”

The inaugural Miss Universe Philippines courted some controversy with allegations of cheating. Second runner-up Michele Gumabao, who represented Quezon City and is also under Aces and Queens, left ahead of the pageant screening. In a post-pageant statement she said, “I can handle defeat… I can’t handle the people asking me why why why.” JB