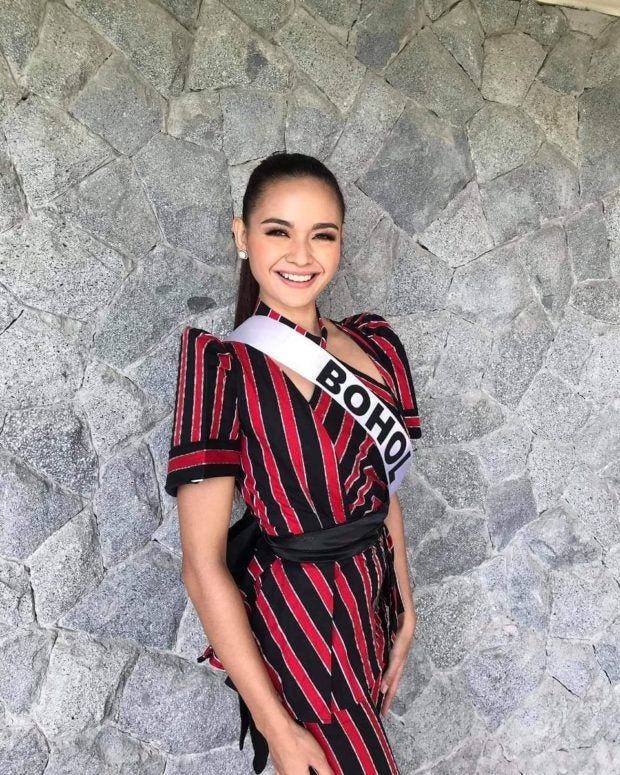 When Miss Universe Philippines opted for a pre-taped coronation night due to the coronavirus pandemic, there were bound to be some pros and cons in going this route.

After host KC Montero drew flak for his exchange with Miss Bohol Pauline Amelinckx in the finale aired yesterday, Oct. 25, he said that viewers only saw the edited version of their repartee.

When Montero asked the Filipino-Belgian model how she was, she politely answered that she was “good” and returned the question to him.

“No one ever asks me questions,” he responded.

“I’m sorry. Should I not have done that?” Amelinckx asked.

“It’s OK,” he replied and read her question for the Q&A portion.

A clip of the exchange has been shared on Twitter, with pageant fans like one @you_jhayyyy telling Montero, “Please explain.”

Montero shared his side on Twitter: “Just a heads up, the exchange between me and Ms. Bohol was edited. The exchange was actually a couple of minutes more of us joking with each other. Unfortunately it was cut and edited for time.”

Just a heads up, the exchange between me and Ms. Bohol was edited. The exchange was actually a couple of minutes more of us joking with each other. Unfortunately it was cut and edited for time.

Another Twitter user, @Hk_denmark called Montero “rude” and “unprofessional” for his remarks. Montero replied, “They didn’t show the full conversation. We’re actually joking with each other.”

They didn’t show the full conversation. We’re actually joking with each other

Amelinckx has cleared the air via Instagram Stories today, Oct. 26. She called Montero a “great and engaging host” amid the “backlash” for their onstage conversation. 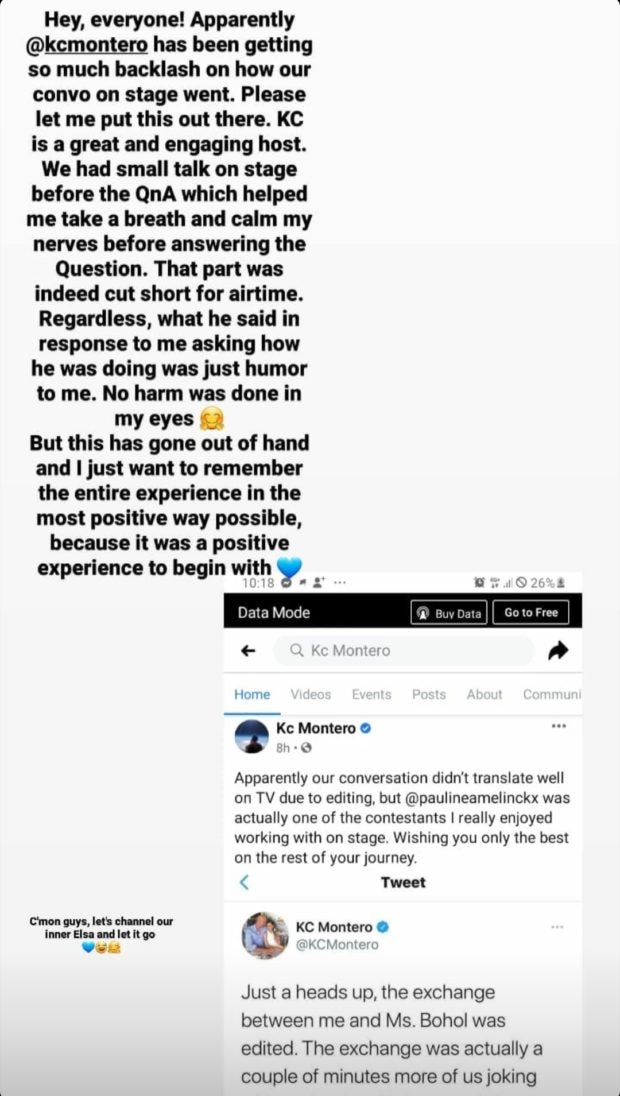 “We had small talk [onstage] before the QnA which helped me take a breath and calm my nerves before answering the [question]. That part was indeed cut short for airtime.”

“Regardless, what he said in response to me asking how he was doing was just humor to me,” she said. “No harm was done in my eyes.”

She concluded with a reference to Disney movie “Frozen”: “C’mon guys, let’s channel our inner Elsa and let it go.”

Montero shared her post on Facebook and said, “I think you guys need to read this. I’ve tried to explain myself countless times. I hope this will finish it.”

Amelinckx went on to be crowned as 3rd runner-up in the inaugural Miss Universe Philippines. She was a favorite in the preliminary competition after bagging special awards, including the Most Beautiful Face award. JB