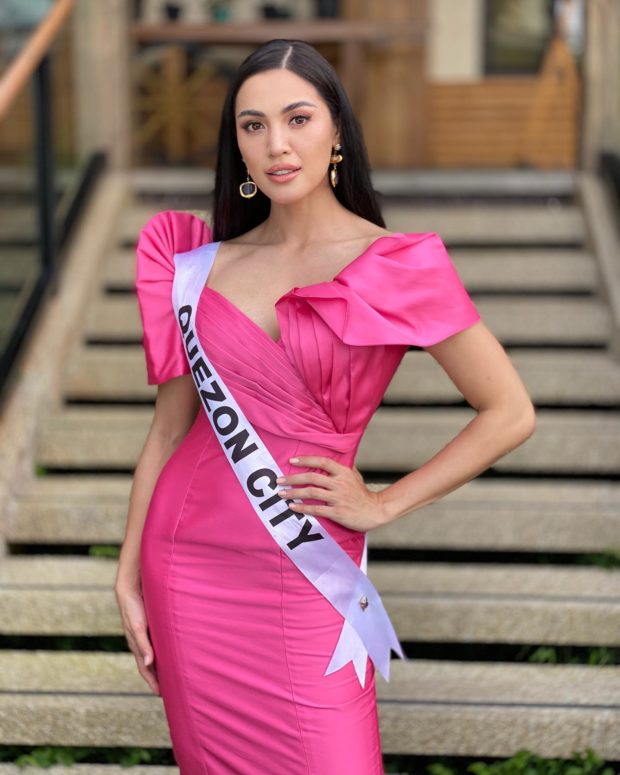 Michele Gumabao aired her sentiments about the outcome of the inaugural Miss Universe Philippines pageant, where she was crowned as 2nd runner-up.

The Miss Quezon City 2020 titleholder gave a message through her beauty pageant camp Aces and Queens on Instagram after the finals aired yesterday, Oct. 25. Given the COVID-19 situation, the event held in Baguio City was pre-taped.

It seems that her statement was meant to address controversy that cropped up after Miss Iloilo City Rabiya Mateo took the title of Miss Universe Philippines 2020.

“I left this morning sa (from) BCC [Baguio Country Club] while the pageant was ongoing. I knew who won last night pa I tried to go to our viewing party but everyone kept asking what happened all the hugs all the looks I couldn’t handle that,” Gumabao said.

“I can handle defeat hahahaha. I can’t handle the people asking me why why why,” she said. “I’m sharing this with you because you deserve to know my side, we don’t need to defend to anyone. I did my best and I have no regrets.”

The pageant courted intrigue after Miss Taguig City Sandra Lemonon made cryptic messages on Instagram Stories after the event. She announced yesterday that she will “be announcing big news tomorrow” and that “the truth always comes out.”

Miss Universe Philippines National Director Shamcey Supsup appeared to make a statement about the contest, stating on her Instagram Stories, “To bear defeat with dignity, to accept criticism with poise, to receive honors with humility — these are the marks of a true QUEEN.”

Lemonon meanwhile wrote in another IG Story: “Accepting defeat graciously is one of many [marks] of being a queen. But what you forgot to say is that REAL queens play FAIR, don’t CHEAT.”

The Taguig City beauty has since updated her IG Stories today to say, “All I want is for us to improve for the next batch of ladies who will be in our shoes [and] I do not want them to face what we did.”

The Miss Universe Philippines Organization has yet to comment on the matter. JB