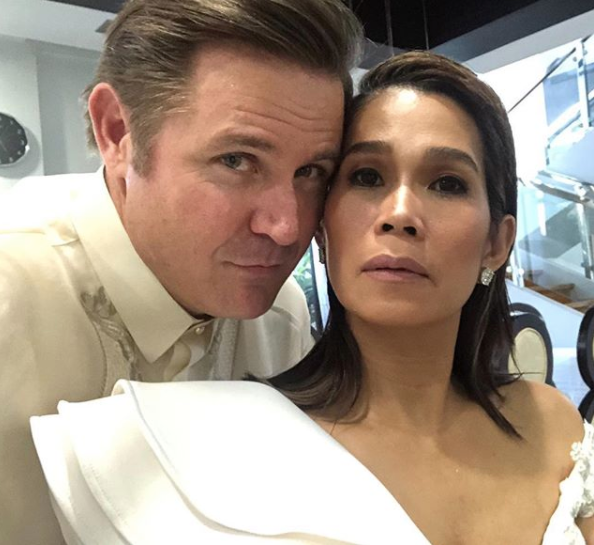 Pokwang denounced a claim from a Facebook netizen who said that the comedienne met her American partner, Lee O’Brian, through a dating site.

The said netizen even claimed to be Pokwang’s friend, which the comedienne also denounced when she stated that she does not know her, as seen on Pokwang’s Instagram page on Jan. 10.

(She is not my friend, and Lee O’Brian and I did not meet through a dating site, we met through the movie “Edsa Woolworth” whicht was produced by TFC and directed by John Lazatin, you scammers. Do not be like that.)

Pokwang’s post came with a screenshot of the post of the said netizen, named Marl B. Mendoza on Facebook, where the latter made the claim as she promotes a dating site. The post also came with a photo of Pokwang and O’Brian.

The netizen made the claim on the group called “Filipina Women looking for Foreign Husband, which she said she is an administrator of.

“Attention #NBI sino po pwede kausapin para ipahanap ito (Who can I talk to, to look for this person)? woohooo,” Pokwang asked.

Pokwang and O’Brian, who have been together since 2015, already have a daughter named Malia. JB