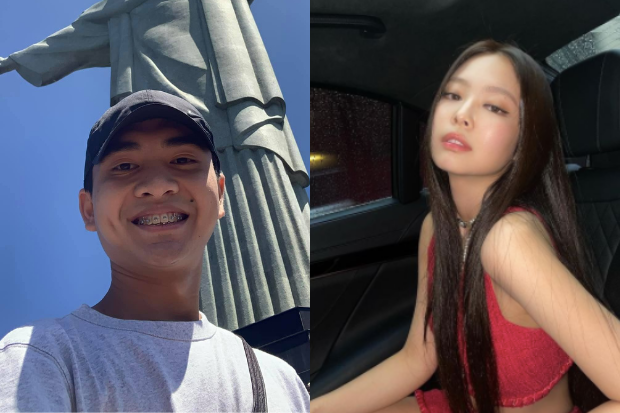 Xian Gaza is at it again with a lavish attempt to ask a celebrity out on a date, this time asking Blackpink’s Jennie to dinner, through another billboard.

The social media personality showed the billboard on his Facebook page yesterday, Oct. 30. According to Gaza, his dinner invitation is located in Seoul, South Korea.

“Kim Jennie Ruby Jane, you are my ultimate crush. ‘Can I take you out to dinner and make me the happiest man alive?'” he said.

“I don’t know how to contact her kaya pina-billboard ko na lang sa puso ng South Korea (so I had it put on a billboard at the heart of South Korea), few kilometers away from Blackpink’s YG [Entertainment] headquarters,” he added. “I hope she will say yes.”

Kim Jennie Ruby Jane,you are my ultimate crush."Can I take you out to dinner" and make me the happiest man…

Gaza also showed the permit for his invitation on his Facebook page today, Oct. 31, noting that he submitted the billboard for approval about two weeks ago.

“Wala daw akong nilabag na batas dahil hindi ko inilagay sa layout ang imahe ni Jennie,” he stressed. (I did not break any law because I did not put Jennie’s photo in the layout.)

Gaza first gained social media attention in 2017 after he commissioned a billboard to invite actress Erich Gonzales for coffee. The actress rejected the invitation.

He was sentenced to five years and six months in jail in 2018 after being found guilty of violating the Bouncing Check Law. He posted bail of P126,000. JB

Read Next
Olivia Rodrigo leads American Music Awards nominations
EDITORS' PICK
Comelec division junks petition to cancel Marcos COC for president
Acer starts the year off strong with the Aspire Vero National Geographic Edition
PH logs 37,070 more COVID-19 cases; over 33K others recover
‘Not yet the end’: Lawyer says Marcos Jr’s DQ cases to take lengthy process
The best of bayside and city living at SMDC’s Sail Residences
Over 3 Million worth of prizes to be won at Smart Padala’s SENDali Manalo Promo!
MOST READ
NBI foils escape attempt of Kerwin Espinosa, two others
Marcos camp ‘extends hand of unity’ after COC cancellation bid is thrown out
Wendell Ramos finally gets to hold his newborn for the 1st time
No vaccine, no French Open for Djokovic, says French Sports ministry
Don't miss out on the latest news and information.