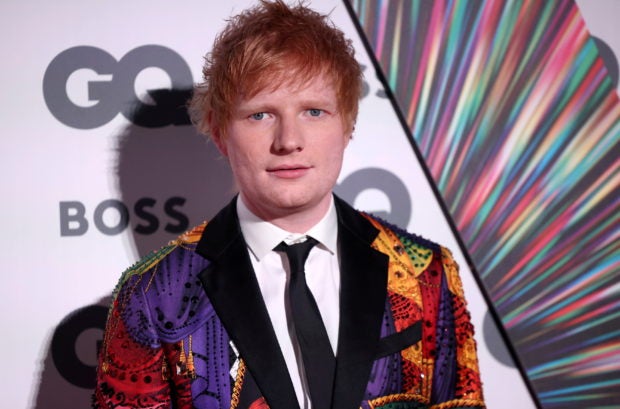 LONDON — Music star Ed Sheeran released his fourth solo album, entitled “=” (equals), on Friday while isolating for COVID-19, saying he was going to celebrate with a “solo party.”

The singer, known for chart-topping hits such as “Shape of You” and “Thinking Out Loud,” had told fans earlier this week he had tested positive for the coronavirus, and had cancelled all in-person events to promote his new record.

“I’m obviously still in COVID isolation but please let me know what you think when it’s out. It’s the most proud (I’ve) ever been of a (piece) of work and I can’t wait for you all to hear it,” he said on Instagram on Thursday evening.

“Gonna be having a solo party tonight and tomorrow to celebrate, blast it loud.”

Sheeran, who has named his previous solo albums after mathematical symbols, has said that “=” was his favorite record that he had made, with songs about his wife and daughter.

Critics said the Grammy Award winner, who has sold more than 150 million records worldwide, had stuck to his successful formula of honest lyrics in the new album.

“To some tastes, Sheeran will be corny and trite. Yet what he does well is essentially inarguable: provide songs that fulfill the emotional needs of universal moments,” Britain’s Telegraph newspaper said, giving it four stars. JB