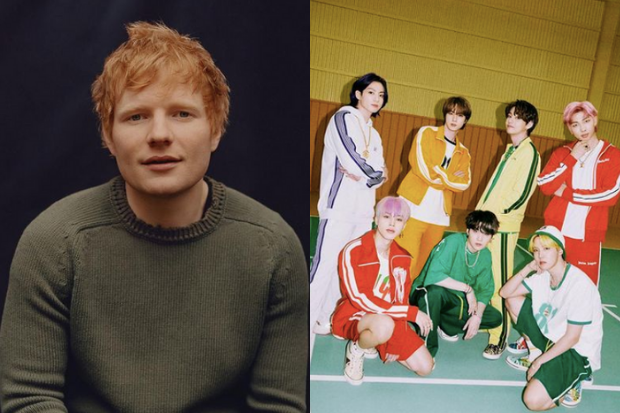 Singer-songwriter Ed Sheeran confirmed that he has penned another song for the South Korean boy band BTS, two years after first working with them.

Sheeran made the revelation during an interview with Most Requested Live, as seen on the radio channel’s Instagram page today, June 27.

“I’ve just written a song for them for their new record. And they’re like super, super cool guys as well,” Sheeran said.

He then recalled that he had worked with BTS in the past, for the song “Make It Right” which was part of the boy band’s 2019 album “Map of the Soul: Persona.”

Aside from talking about his collaboration with BTS, Sheeran also said the current music industry is interesting for him, as he commended singers Olivia Rodrigo and Billie Eilish for creating the “biggest records in the world.”

“It is true that Ed Sheeran is participating in BTS’s new song,” the agency stated in the report.

BTS will be releasing a CD version of their hit track “Butter” next month, but it is unclear if the collaboration with Sheeran will be included in the said record.

“We cannot confirm the details,” Big Hit Music said when asked if the song will be released in July.

The collaboration comes after Sheeran debuted his song “Bad Habits,” marking his return to music after a years-long hiatus from the spotlight.

During his break, Sheeran tied the knot with Cherry Seaborn. They welcomed their first child, Lyra, in September 2020. JB