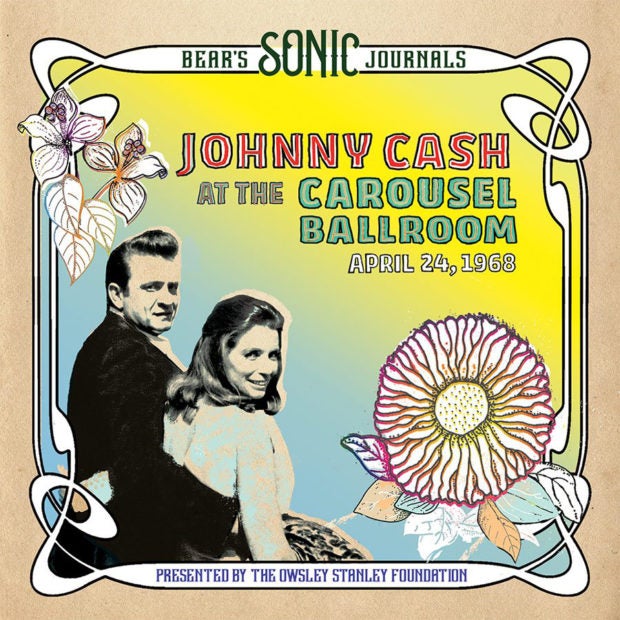 Image: courtesy of Owsley Stanley Foundation and Renew Records/BMG via ETX Daily Up

Fans of the “Man in Black” better get ready — Johnny Cash live album will be released for the first time on Sept. 24. It presents a concert the American singer-songwriter gave in 1968 in the Haight-Ashbury neighborhood of San Francisco.

“Bear’s Sonic Journals: Johnny Cash, at the Carousel Ballroom, April 24 1968” was recorded just days before the release of the iconic “At Folsom Prison” album. The recording captures Johnny Cash on stage with his band The Tennessee Three, which consisted of guitarist Luther Perkins, bassist Marshall Grant and drummer W.S. Holland.

On that particular night, the Man in Black performed a rather unusual set list compared to those of his other concerts. He chose to cover two Bob Dylan songs (“Don’t Think Twice, It’s Alright” and “One Too Many Mornings”) as well as songs from his own back catalog that were not well known at the time, such as “The Ballad of Ira Hayes.”

This musical performance was preserved for history by Owsley “Bear” Stanley, who was then the sound engineer at the Carousel Ballroom.

“Bear’s recording gives us an entirely different perspective on Johnny’s live sound during this creative peak, and is probably the closest to what it actually sounded like to be in the audience for a Johnny Cash show in 1968,” his son Starfinder Stanley told Rolling Stone.

It’s an opinion shared by John Carter Cash, Johnny Cash’s son. For him, “Bear’s Sonic Journals: Johnny Cash, at the Carousel Ballroom, April 24 1968” is “one of the most intimate and connected concerts” he has ever heard.

The album will be released on CD and as a double LP vinyl box set. It will be accompanied by a booklet featuring new essays by John Carter Cash, Starfinder Stanley, Bob Weir of the Grateful Dead and Dave Schools of Widespread Panic, as well as new artwork by Susan Archie and a reproduction of the original concert poster by Steve Catron. JB