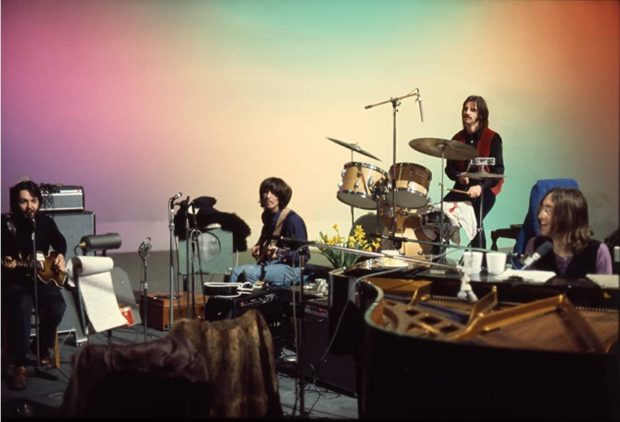 The Beatles. Image: Linda McCartney via ETX Daily Up

Bring out your guitars and your vinyls because Beatlemania is back. The “Lord of the Rings” director has made a three-part documentary about the Fab Four, featuring previously unseen footage.

But fans will have to wait until the end of November to discover the never-before-seen rehearsals with John Lennon, Paul McCartney, George Harrison and Ringo Starr on Disney+.

“Over six hours, you’ll get to know The Beatles with an intimacy that you never thought possible,” promises Peter Jackson.

The “Lord of the Rings” director spent three years restoring and editing nearly 60 hours of footage filmed in January 1969 by Michael Lindsay-Hogg, as well as over 150 hours of audio.

This completely new content will be revealed in the eagerly awaited documentary, “The Beatles: Get Back,” screening on the streaming service on Nov. 25, 26 and 27, 2021. The documentary will land as three two-hour installments.

Experience The Beatles: Get Back, a three-part #DisneyPlus Original documentary series streaming November 25, 26 and 27. pic.twitter.com/OJoUTz4BBa

The documentary will look back at the rehearsals of the legendary rock band as they prepared for their first live concert in over two years. It’s a chance to get up close and personal with the music world’s most cult band, reliving what turned out to be their last public appearance as a band, with the concert on the roof of the Apple Corps building in Savile Row, London.

Originally scheduled for September 2020, the documentary was eventually pushed back to September 2021, before being set for release this Thanksgiving in the United States. JB

TAGS: Documentary, Peter Jackson, streaming, The Beatles, The Lord of the Rings