Coleen Garcia’s son Amari calls her ‘mommy’ for the first time: ‘I’m living for this season’ 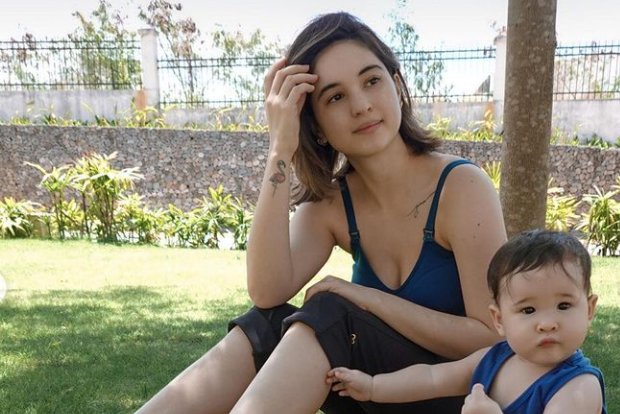 Coleen Garcia could not help but feel emotional as she revealed that her son Amari has finally called her “mommy” for the first time.

“He just called me MOMMY for the first time yesterday as he was reaching out for me,” the actress narrated, along with pleading eyes and crying emoji, on her Instagram page on Saturday, June 19.  She also showed a photo of her son as he was sitting next to a pair of cats.

Garcia admitted that she had her hands full lately and had been unable to regularly talk to her fans about her life because “so much has been going on” with her son.

“The teething period has been one of the hardest so far because it sucks to see him in pain and having a hard time,” she said. “But just like that, he now has four teeth, is crawling all over the house and looks around for [me] whenever I leave the room even for a bit.”

Garcia also noted that her home with her husband, actor Billy Crawford, has turned into a “giant playroom” as her son is growing up.

Garcia added that while it is challenging to take care of a child, it warms her heart to know her son wants her around when he is having fun.

“[Not going to lie], it’s challenging, but it’s also the best feeling ever. Especially whenever he smiles at me in the middle of playing, as though he wants to share the fun with me,” she said. Garcia stated she wants to savor the moments she has with her son and she is “living for this season.”

The actress recounted on Mother’s Day last month that she suffered from nervousness and sleeplessness due to postpartum anxiety shortly after giving birth. She also said that raising her child amid a pandemic was upsetting for her because it was not how she envisioned raising Amari.