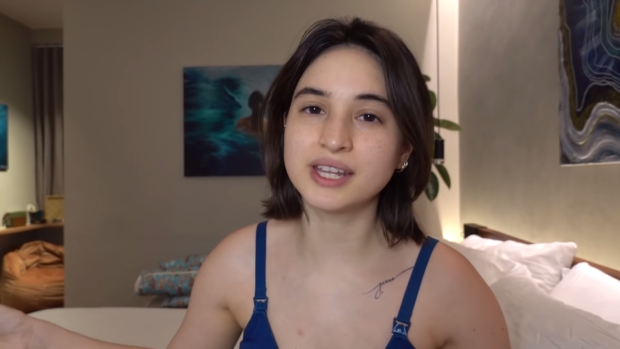 Coleen Garcia has opened up about suffering from postpartum anxiety amid the pandemic, recalling the physical toil it brought upon her, months after she gave birth to her son Amari.

“There were so many moments when I just felt like a failure or at the very least, I could be doing so much better,” the actress said in a YouTube vlog last Sunday, May 9.

She added that despite being overwhelmed by sleep deprivation, hormones and the unfamiliarity of being a new mom, she did not believe she had postpartum depression.

“I only realized what it was in one of my mom groups when somebody opened up about it. And this was way after I gave birth, and that is postpartum anxiety,” she stated.

Garcia explained that she already had anxiety even before she gave birth, but having a “pretty chill” pregnancy at the time stopped her from being so worried. However, those anxieties came back when she finally gave birth to her son.

“I would just get so nervous, so stressed, so anxious over nothing, and it would get me so drained — physically drained,” she said. “Ang dami kong iniisip na parang ang napakaimposible namang mangyari (I kept on thinking of scenarios that are impossible to happen).”

She also expressed sadness that her family had not been able to see Amari often because of COVID-19 lockdowns. Amari is her first child with her husband, actor Billy Crawford.

“Amari is growing up so fast and my own family can’t even be there with him as he grows up. He hasn’t met many of his titos (uncles,) his titas (aunts). It’s just really not how I envisioned things would be but then again, we’re all going through this to some degree,” she said.

She also gave tips to new moms on how to handle postpartum anxiety: taking a relaxing bath, eating well, not being so hard on themselves over changes in their body, and managing expectations.

Garcia stressed that postpartum depression and anxiety are normal and “very real.” She also acknowledged that talking about her postpartum journey was “long overdue” but she also hoped that other moms would feel that they are not alone in their struggles amid the pandemic. JB

Billy Crawford on being told by netizen that he, Coleen Garcia will break up: ‘Wag kang mag-alala’