Billy Crawford on being told by netizen that he, Coleen Garcia will break up: 'Wag kang mag-alala' | Inquirer Entertainment
Close
menu
search

Billy Crawford on being told by netizen that he, Coleen Garcia will break up: ‘Wag kang mag-alala’ 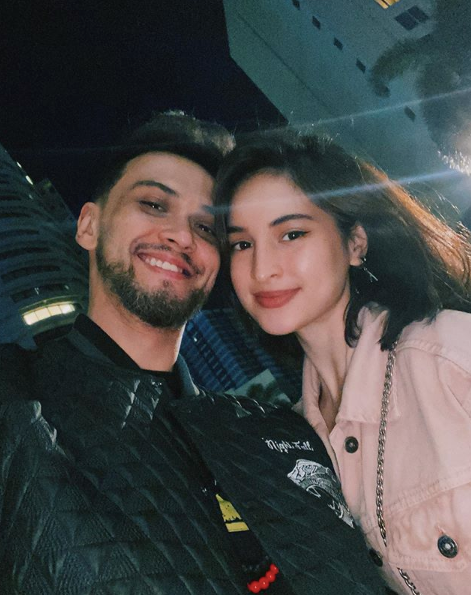 Billy Crawford calmly responded to a netizen who remarked that he and his wife, Coleen Garcia, would eventually break up.

“Our greatest strength lies in our most gentle moments! Thank You Jesus for Your favor,” Crawford said in an Instagram post yesterday, Oct. 23, which featuref photos of him and his baby boy, Amari.

Garcia welcomed her first child with Crawford via water birth on Sept. 10.

Our greatest strength lies in our most gentle moments! Thank You Jesus for Your favor.

While most comments on the post were positive, one netizen decided to go against the grain and made a bold prediction: “Katagalan pag sinubok kayo ng panahon maghihiwalay din kayo ng mama niyan (Eventually, when time tests your relationship, you and the mother of that child will break up).”

Crawford could not help but respond to the netizen’s claim, pointing out how one can think of such a negative thing amid these dire times.

(First of all, when God is at the center of a relationship, nothing can stop it. Second, you are just adding negativity to the world amid this pandemic.)

“May God guide you and keep you and your family safe from harm. Wag kang mag alala ipag dadasal namin ng asawa ko ang kabutihan mo (Do not worry, my wife and I will just pray for your well-being),” Crawford added. 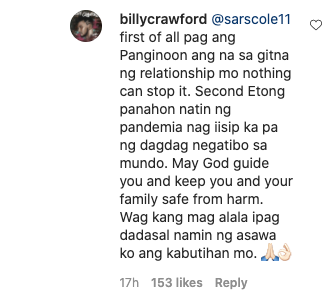 Several other netizens echoed Crawford’s sentiments, calling out the said Instagram user for leaving the comment under an innocent post between a father and his son.

Crawford and Garcia, who tied the knot in Balesin in 2018, officially announced that they were in a relationship way back in July 2014.  /ra

Billy Crawford to host local adaptation of ‘The Masked Singer’