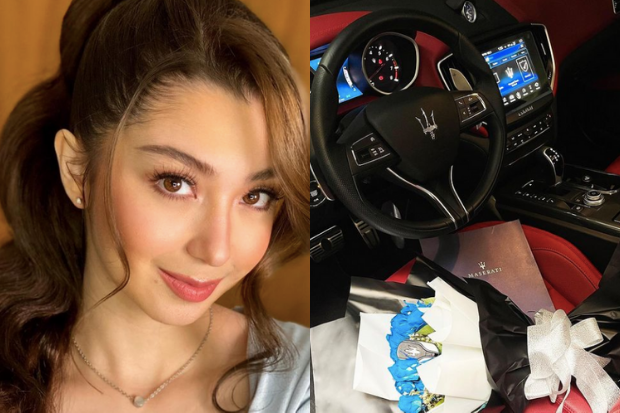 Donnalyn Bartolome stood up for herself after being criticized for buying a luxury car while she was supposedly being neglectful of an elderly woman.

The vlogger announced that she had bought her “dream” luxury car as an early birthday gift to herself by showing photos of its interior on her Instagram page on Thursday, June 24. This prompted a netizen to call Bartolome “mayabang” (boastful) for making the purchase while she was unable to help a certain “lola.”

Bartolome warned the netizen for making a “libelous” statement about her, as she explained the situation to her fans.

“For those confused, [two] years ago, a reckless YouTuber featured a distant relative, a lola, who I took care of and had my contact number to ask for help when she was struggling,” she recalled, as per a Facebook post on June 25, where she showed a screenshot of a conversation with a certain Mark. Bartolome added that the elderly woman used her name “for attention so that her son talks to her again after her shortcomings.”

Bartolome stated that while she was able to forgive the YouTuber and the elderly woman, it caused damage to her reputation and mental health for a year.

“That’s not why I’m triggered though, it’s the fact that because of what she (the [elderly woman]) and the YouTuber did, her relationship with her son was permanently damaged,” she added. “This was painful to bear.”

Anyone who writes anything libelous about me or any members of my family will regret it. Minsan ko lang unahin ang…

Bartolome noted that buying the luxury vehicle was one of the few times she put herself first, and she waited a long time to have it.

“I posted my new car that I waited to have for [eight] years and also to promote my new vlog kasi nagtatrabaho akong tao (because I’m working),” she stated in a separate post on the same day.

Bartolome encouraged her fans to be “responsible viewers” and to be wary of the information they get online. She also warned against being involved in disagreements between family members, especially if one is “not a part of it.” JB