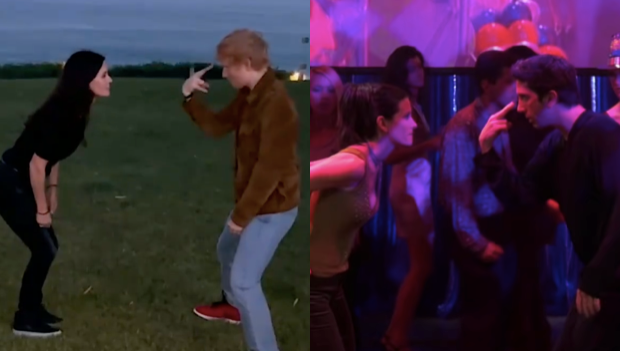 Courtney Cox and singer Ed Sheeran did not need a stage nor dance floor to make their fans ecstatic over their own version of “The Routine” from the hit sitcom “Friends.”

“Just some routine dancing with a friend,” Cox said as she showed a video of her and Sheeran dancing in an open field to Loreta’s “Trouble With Boys,” on her Instagram page today, May 31.

The pair managed to hit their marks in the routine — except they both collapsed on the ground instead of striking a final pose at the end of the performance.

The actress, who plays Monica Geller in the series, previously did the dance routine with her on-screen brother David Schwimmer (Ross Geller) for the show’s sixth season. In the episode, Ross and Monica performed the act in an attempt to gain the camera’s attention in the TV special “Dick Clark’s New Year’s Rockin’ Eve.”

Sheeran showed the same video to his fans, while also giving a nod to Monica’s catchphrase in the show.

“Had a reunion of our own this weekend,” the singer stated with hashtags “#iknow,” “#friends4eva,” and “#obviouslybetterthanross.”

Although the pair did not get the dance routine’s final pose, it still drew some laughs and positive reviews from fans and fellow celebrities.

“I’ve never been more jealous of anything in my life,” Sarah Levy of “Schitt’s Creek” told Cox.

“This is EPIC,” actress Kaley Cuoco of “The Big Bang Theory” meanwhile stated. 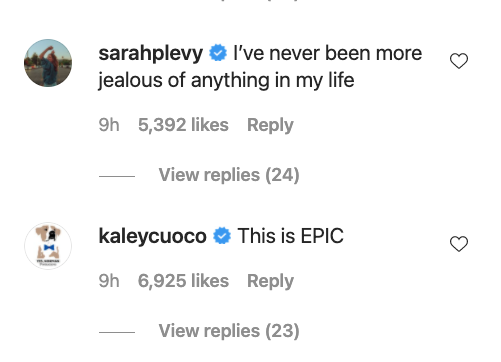 The video has since garnered over six million views on Cox’s Instagram account and another four million on Sheeran’s page, as of this writing. JB