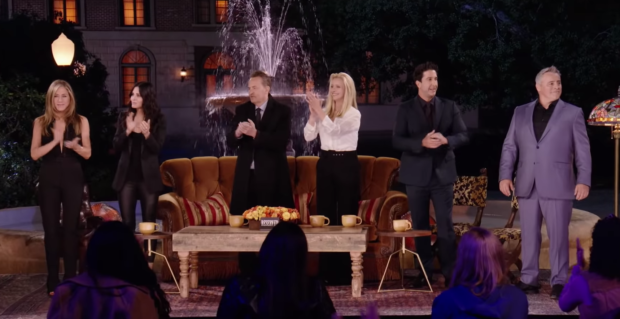 The upcoming “Friends: The Reunion” released its official trailer today, May 20, revealing more about the highly-anticipated HBO Max special.

They also recreated some iconic scenes from the series through a table reading of the episode “The One Where Everybody Finds Out,” and a 2021 version of the trivia game in “The One With The Embryos.”

The trailer teased a sit-down interview of the cast with TV host James Corden, who asked the cast if Ross and Rachel were really on a break. It also showed guest stars Tom Selleck and Maggie Wheeler, who played Richard Burke and Janice Hosenstein in the series.

“Friends: The Reunion” is set to air on May 27. It wrapped up filming last month, after lockdowns due to COVID-19 in the United States pushed back production. JB

Hidilyn to get congressional medal of excellence