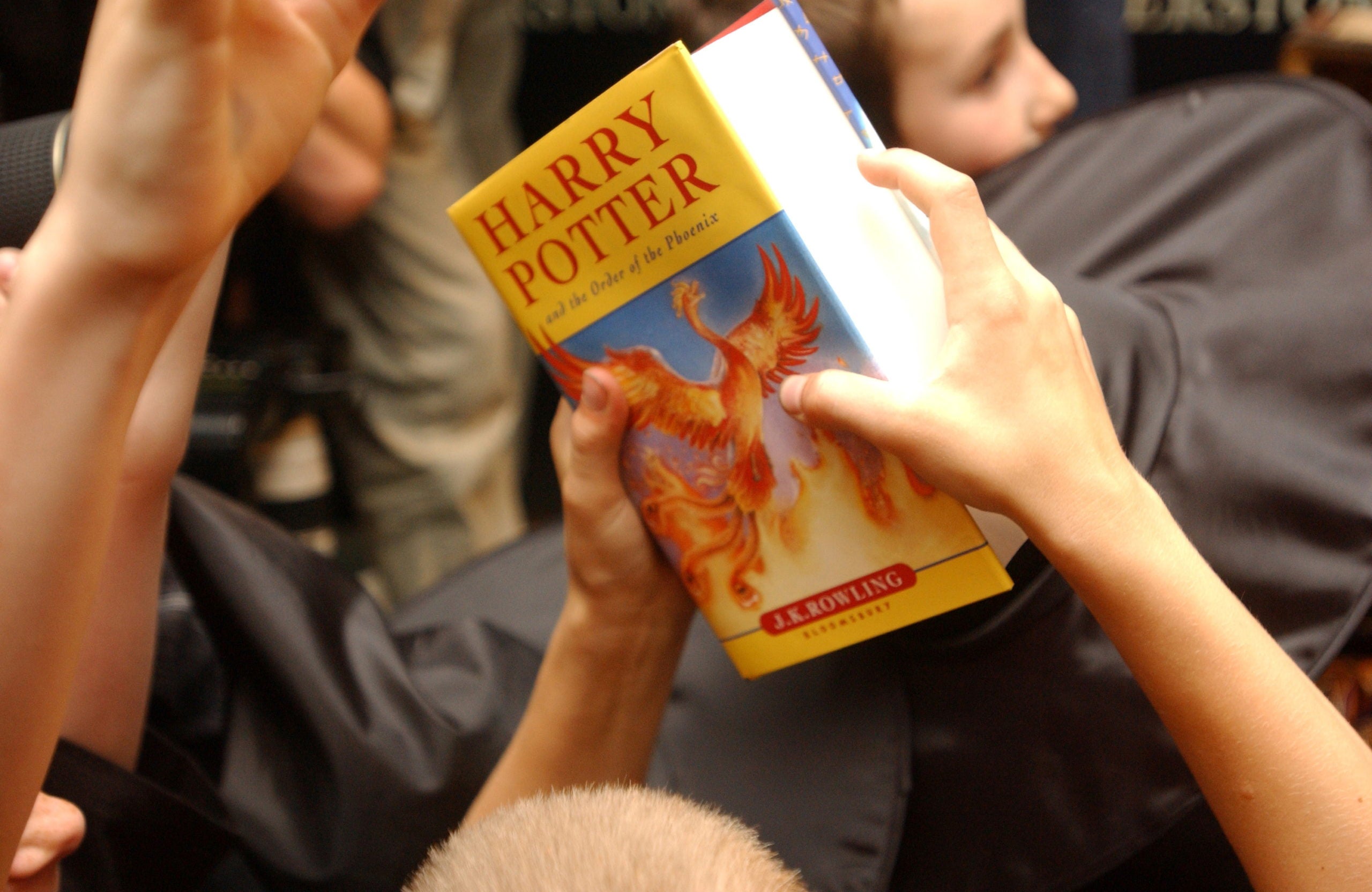 A child holds a copy of “Harry Potter and the Order of the Phoenix,” at Waterstone’s bookshop in central London 21 June, 2003. (REUTERS/File Photo)

LOS ANGELES  – Know your Gryffindors from your Dementors? Who was the Half-Blood Prince and what can you buy at Ollivanders?

Fans of “Harry Potter” can test their knowledge of the books and films in a new TV quiz competition series being launched by WarnerMedia to air later this year as part of 20th-anniversary celebrations of the first film in the adventures of the boy wizard.

WarnerMedia said on Wednesday that casting was open for fans who want to take part in the four, one-hour quiz challenges.

The quiz shows will be part of a five-night retrospective special featuring surprise guests that will also include what WarnerMedia called a “play-along” component in which Potter fans can take part by dressing up at home.

The specials will be televised on HBO MAX, Cartoon Network and TBS later this year.

“Harry Potter and the Sorcerer’s Stone,” the first movie adaptation of J.K. Rowling’s best-selling series, was released in November 2001. The eight Harry Potter movies became one of the world’s biggest movie franchises, taking in some $7.7 billion at the global box office.

As for the answers to those questions, Gryffindors are students in one of the four houses of Hogwarts, the boarding school for aspiring wizards that Harry attends, while Dementors are gliding, wraithlike creatures that feed on human happiness. Severus Snape, a professor at Hogwarts, is the Half-Blood Prince. And Ollivanders is a wand shop in Diagon Alley in London.