How fatherhood changed JC Santos as an actor 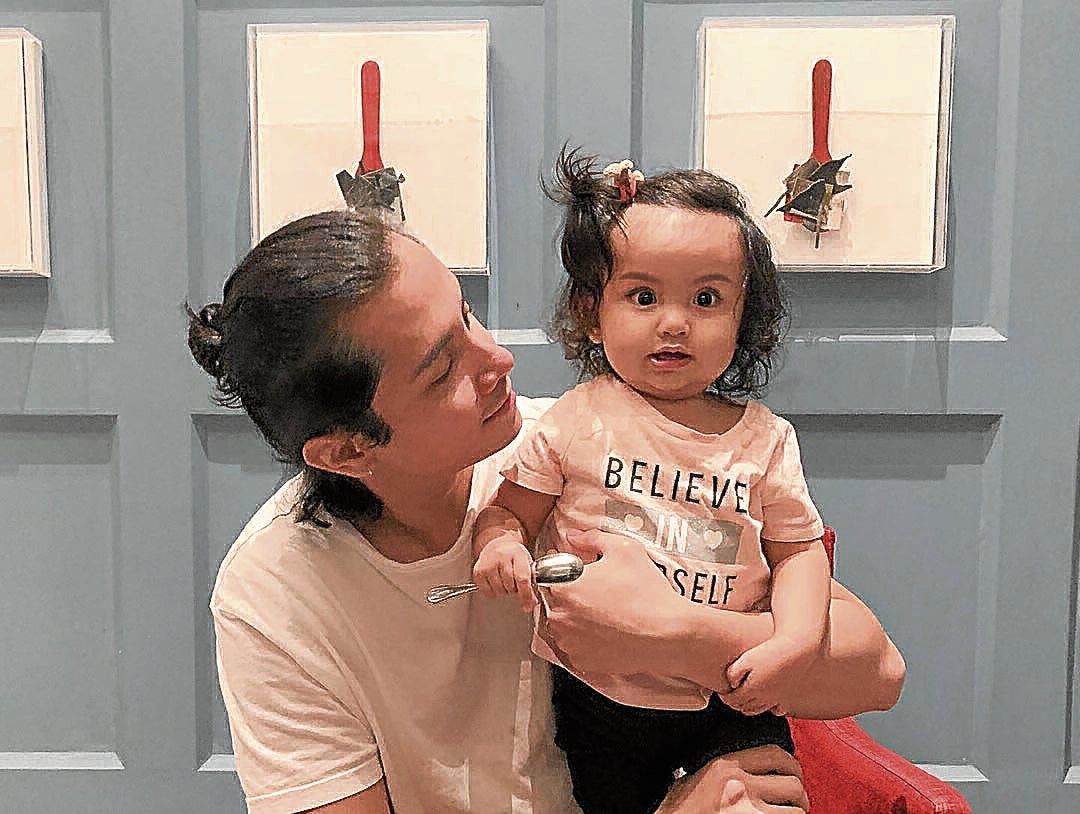 I promise to take care of people around me like how I take care of my daughter,” said first-time dad JC Santos, who swore that having a child of his own has changed him a lot as an actor. This did not only give more depth to his acting, but it has also taught him not to be judgmental about others and to be more empathetic.

“When my daughter came into my life, my interpretation of love got deeper. I’ve become more vulnerable in front of the camera,” he told Inquirer Entertainment during a recent virtual media conference.

“I also became more accepting of people, more than being judgmental. I also became more cautious about how to relate to them, since I don’t know what they are feeling or what they’re going through at that moment. I don’t want to be caught saying the wrong things,” he pointed out.

JC hopes to treat other people in ways he thinks his daughter would approve.

Being a dad has also helped JC get through the traumas of the lockdown in 2020. His daughter, River Altheia, was born in October that year.

Both good and bad

“My 2020 was both good and bad. I was expecting a lot of projects at that time, but six months later, none of them have materialized. I was starting to worry. I thought people would forget me since I no longer have work. Good thing that later during that year, a job offer came,” recalled JC. “Right now, I’m still trying to save up. This has been an OK year for me, I guess. I’m taking things one step at a time.”

JC said that with the pandemic, his greatest fear was actually to get infected by the COVID-19 virus, “and not be able to survive it.” He added that he recently experienced death in the family because of the virus, “and it was traumatizing.”

For the first time since the pandemic lockdown, JC would have to leave his family in November to shoot a docu-drama in Doha, Qatar, titled “The Eventologist.”

“It’s always difficult to decide whenever I leave my family for work. My wife and I would have lengthy discussions about it. I still have enough time to prepare my family emotionally since this won’t happen until November, or even later, depending on the global health situation. We’ve decided to simply cross the bridge when we get there. My wife knows that I have to travel for work,” he explained.

Personally, he would get sad whenever he goes away, JC said. Only recently, he had to get inside a bubble for 10 days for a locally produced project. “When I came home, I noticed that my daughter has already changed; her routines have changed. I couldn’t make her fall asleep in my arms anymore. This is part of being a father, I guess. While I want to be around as much as possible, I also need to work.”

The material for “The Eventologist” proved too difficult to resist for JC. “The first time I read the script, I already thought it was different. I didn’t know what to make of it,” he recalled. “The film will show footage of actual events happening in Doha. It’s like a docu-drama. I immediately thought of ‘Argo,’ ‘The Big Short,’ and ‘Moneyball.’ That’s how I interpreted it.”

As a person who organizes live events for the 285,000 strong Filipino community in Qatar, JC said it would be interesting for him to learn through his character, Steven Lucas, “all the politics inside, the friendships, the little chaos that’s happening while a great event is happening.”

He further explained: “Steven is the narrator. The whole film will be from his point of view. He is part of the team organizing the event at the time of our shoot. He is a fictional character living a story based on true events. It’s really a story worth telling, especially since live events is a big Filipino industry in the Middle East.”

“I can’t wait,” said JC. “It’s always been my process to immerse myself in my roles. I have a lot of questions right now, even though the shoot will not be until late this year. The director is feeling stressed in his effort to answer all my questions. I want to know the whole dynamics of my character, also of the people I will be working with. As a former OFW (overseas Filipino worker) myself, I already have an inkling of how it feels to be outside one’s comfort zone, to be far away from my family. I hope to be given at least two weeks for more script analysis before we start grinding. I want to be able to observe the people there.”

Filming abroad is also not new to JC. “The Eventologist” will actually be the fourth film that JC would shoot abroad. His first two, “Imbisibol” (2015) and “Kintsugi” (2019), were shot in Japan. He also did part of “Motel Acacia” (2020) in Slovenia.

“There’s another international project, but I can’t talk about it yet. It’s a series,” he added. “I enjoy shooting abroad because I see different cultures. The language is the same, acting; but among us costars, we use different skills and have different sets of work ethics.”

“The Eventologist” is the initial movie offering of Advocacy Global Studio, a film production based in Doha. The movie will be directed by longtime OFW, Oscar de Jesus Yema, who prior to working in Qatar’s TV industry, has spent more than two decades with the Philippines’ two major TV networks, rising from researcher to executive producer (ABS-CBN’s “Inside Story,” “Hoy, Gising!,” “Magandang Gabi, Bayan,” and GMA 7’s “Brigada Siete,” “Emergency,” Imbestigador” and “Saksi).