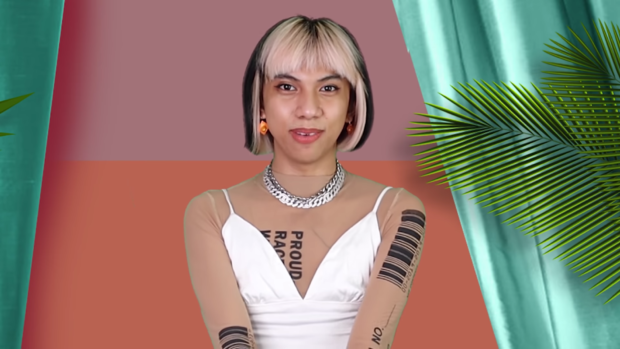 Image: screengrab from “Mimiyuuuh as Lisa Manoban for a day,” YouTube/mimiyuuuh

YouTube vlogger and internet sensation Mimiyuuuh apologized for one of his vlogs about Blackpink, which drew flak from fans of the K-pop girl group.

Mimiyuuuh did some skits as he impersonated Blackpink member Lisa in his vlog “Mimiyuuuh as Lisa Manoban for a day,” posted on YouTube last March 27.

“Hi guys! I hope you are all safe and sound! I deleted the parts that are offensive especially to Rosé and her fans,” Mimiyuuuh said in a Twitter post yesterday, March 30. He stated that he did not mean to offend anyone and made the video “purely for entertainment.”

“I overlooked some skits that may upset the blinks (fans of Blackpink),” he added. The same apology can be seen on his Facebook and YouTube video.

Hi guys! I hope you are all safe and sound!
I deleted the parts that are offensive especially to Rosé and her fans. I did not mean to offend anyone! This video was supposedly made purely for entertainment but I overlooked some skits that may upset the blinks.

He did not go into detail as to what parts of the vlog were removed, but several fans rerecorded them and showed it to others before the vlogger could make the removal.

In one video showed by @loveroseyforevs, Mimiyuuuh was asked about his opinion on Rosé’s album “On the Ground,” to which he said it was “saks lang” (just fine). They added that the vlog “contains a so-called ‘joke’ that is very inappropriate, insulting and disrespectful towards BP (Blackpink) especially ROSÉ.”

While impersonating Lisa, Mimiyuuuh also said in the video that “On the Ground” was supposed to be her single, but was given to Rosé instead because she was “kawawa” (pitiful).

For i-blinks/fansé who’s wondering about the situation. Mimiyuuuh’s recent vlog contains a so called ‘joke’ that is very inappropriate, insulting and disrespectful towards BP especially ROSÉ.

Another video by one @lrmkrnfanacc showed Mimiyuuuh in a skit with other members of Blackpink, where he commented “‘yong utak niya (Rosé) on the ground” (her wits are on the ground). The fan, who did not take the joke lightly, said: “Yes, you stan a member of blackpink but you don’t have the [right] to mock or offend the other members.”

@mimiyuuuh Yes, you stan a member of blackpink but you don’t have the rights to mock or offend the other members ‼️ pic.twitter.com/21r9mJejgo

Mimiyuuuh stressed that he did not make the video “for clout,” as seen on his Instagram Stories yesterday, March 30. He added that he has been a fan of all members of the group since the release of “Whistle” and “Boombayah.”

“Let’s just turn this hatred energy into something productive,” he said, appealing to Blinks who were offended. JB