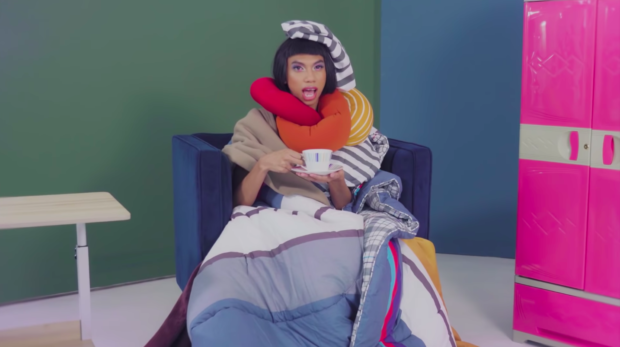 Internet star Mimiyuuuh has called out those opposed to the SOGIE Equality Bill as he condemned the assault on a transgender woman recently in Antipolo City.

Mimiyuuuh stressed that straight people do not have the right to vote against the said bill as they are not the ones experiencing the discrimination, as seen on his Twitter post on Nov. 6.

(Here, for straight people who are saying no to SOGIE Bill. You are not afraid of walking on the street because there is no Aling Susan who will throw rocks at you.)

“WALA KAYONG KARAPATANG HUMINDI SA ISANG BAGAY NA NI MINSAN HINDI NIYO NARANASAN,” he added. (You do not have the right to say no to something [that can address what] you have never experienced before.)

Mimiyuuuh’s tweet includes the post of Mela Franco Habijan, the first-ever Miss Trans Global titleholder, showing a clip of one elderly woman, only referred to as Aling Susan, harassing a transgender woman.

In the said video, Aling Susan can be seen throwing a large rock at Alexis Hart Garcia while repeatedly condemning her with discriminatory statements such as, “Bakla ka, lumayas ka dito!”

Garcia could be heard reasoning with the woman, “Wala akong ginagawang masama sa inyo.” (I have done you no wrong.)

The woman however continued to drive Garcia away while saying, “Bakla ka kasi!” (Because you’re gay.) Garcia also could be heard mentioning that the woman threatened to shoot her (“Para sabihin mong ang sarap kong barilin…” [For you to say that it would feel good to shoot me…]), to which the woman answered, “Eh bakla ka nga!” ([Because] you are gay.).

“SANA PO MAY GAWING AKSYON ANG MGA NASA POSISYON SA INSIDENTENG ITO!!!” Mimiyuuuh said in another tweet. (I hope the authorities do something about this incident.)

Garcia, one of the founders of the Transpinay Antipolo Organization, has since filed a complaint against her said attacker.

The video went viral as the SOGIE Equality Bill is being tackled in Congress. Stars and creators of Filipino Boys’ Love and Girls Love series have since rallied online to support the said bill.

Following the Nov. 4 hearing, Habijan challenged televangelist Rep. Eddie Villanueva, founder of the Jesus is Lord Church, to a “dignified debate” because of his controversial remarks, such as having rehabilitation programs for people from the LGBTQ community. JB