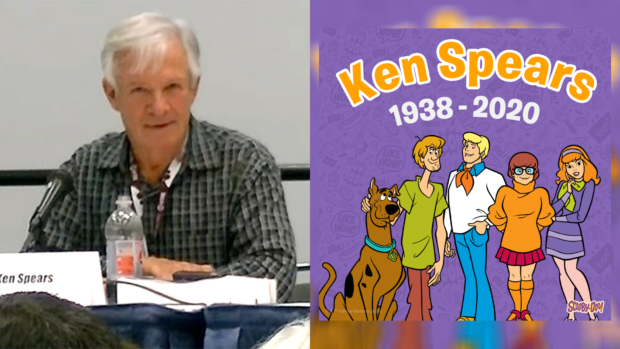 “Scooby-Doo” co-creator Ken Spears passed away last Friday, Nov. 6 at the age of 82.

The TV writer and producer died due to compilations related to Lewy body dementia, his son Kevin told Variety on Nov. 9.

The disease is a type of progressive dementia that leads to a “decline in thinking, reasoning and independent function because of abnormal microscopic deposits that damage brain cells over time,” according to Alzheimer’s Association.

“Ken will forever be remembered for his wit, his story-telling, his loyalty to family, and his strong work ethic,” Kevin told Variety.

“Ken has not only made a lasting impression on his family, but he has touched the lives of many as co-creator of ‘Scooby-Doo.’ Ken has been a role model for us throughout his life and he will continue to live on in our hearts,” he added.

Spears began his career in animation back in 1959 when he worked as a sound editor in Hanna-Barbera Productions, as per report. He eventually met Joe Ruby while working there and the two began writing teleplays together.

Among them was the popular animated TV show “Scooby-Doo.” Years after, they set up their own studio called Ruby-Spears Productions in 1977.

While the two led their own company, they created more animated TV series such as “Alvin and the Chipmunks” and “Superman.”

Sam Register, president of Warner Bros. Animation and Cartoon Network Studios also mourned his passing and called Spears a “true innovator in the industry whose gifts of humor and storytelling continue to delight audiences.”

“You cannot find a screen in the world that has not played a version of ‘Scooby-Doo,’” he added.

Spears is survived by his two sons, Kevin and Chris, five grandchildren and three great-grandchildren, as per report. His death comes months after Ruby passed away last Aug. 26 at the age of 87. Ryan Arcadio/JB