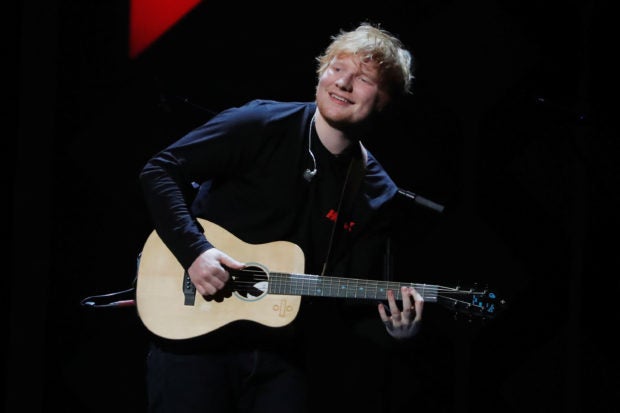 NEW YORK — A United States judge on Tuesday rejected English singer-songwriter Ed Sheeran’s bid to dismiss one of three lawsuits accusing him of lifting his 2014 smash “Thinking Out Loud” from Marvin Gaye’s 1973 classic “Let’s Get It On.”

U.S. District Judge Ronnie Abrams in Manhattan said Structured Asset Sales LLC, which owns one-third of “Let’s Get It On” co-writer Ed Townsend’s estate, can sue Sheeran, Sony Music Publishing and other defendants over its April 2020 copyright registration for a studio recording of the song.

That registration “allows the court to reasonably infer that plaintiff has ownership of the 2020 copyright” and can pursue a copyright lawsuit, Abrams wrote.

Abrams nonetheless put the case on hold, citing “significant overlap” with the plaintiff’s separate lawsuit against Sheeran over a 1973 copyright based only on sheet music for Gaye’s song, and filed as a “deposit copy” with the U.S. Copyright Office.

It filed the new registration one month after a federal appeals court, in a case involving Led Zeppelin’s “Stairway to Heaven,” said copyrights in unpublished works under a 1909 federal copyright law were “defined by the deposit copy.”

The 2020 registration for “Let’s Get It On” supposedly covers “musical elements” not in the sheet music.

Lawyers for Sheeran and Sony did not immediately respond to requests for comment.

Abrams’ decision “doesn’t give the defendants any room to hide,” Pullman said in a phone interview. “Everyone who knows ‘Let’s Get It On’ knows the recorded version, not the sheet music.”

Pullman in 1997 made David Bowie the first musician to sell bonds backed by royalties from his catalog.

Co-writer Townsend’s heirs are also suing Sheeran over “Thinking Out Loud.” No trial date has been set.