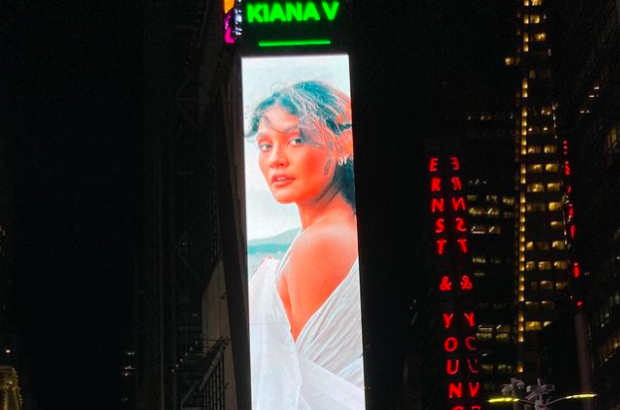 Kiana Valenciano made her family ecstatic as she landed on a digital billboard at the iconic Times Square in New York City.

The singer proudly showed her appearance at the iconic intersection on her Instagram page today, Sept. 21. The billboard features a photo of Valenciano, along with the logo for Spotify’s “EQUAL” campaign.

The music streaming platform’s “EQUAL” campaign aims to put the spotlight on female artists from all over the world.

The singer’s brother Gab Valenciano cheered her as he showed a photo of the billboard on his Instagram Story, also today.

“Yo, that’s my baby sister. Go get ’em Kwinks!” he said. Kiana was also greeted by her parents, Gary Valenciano and Angeli Pangilinan. 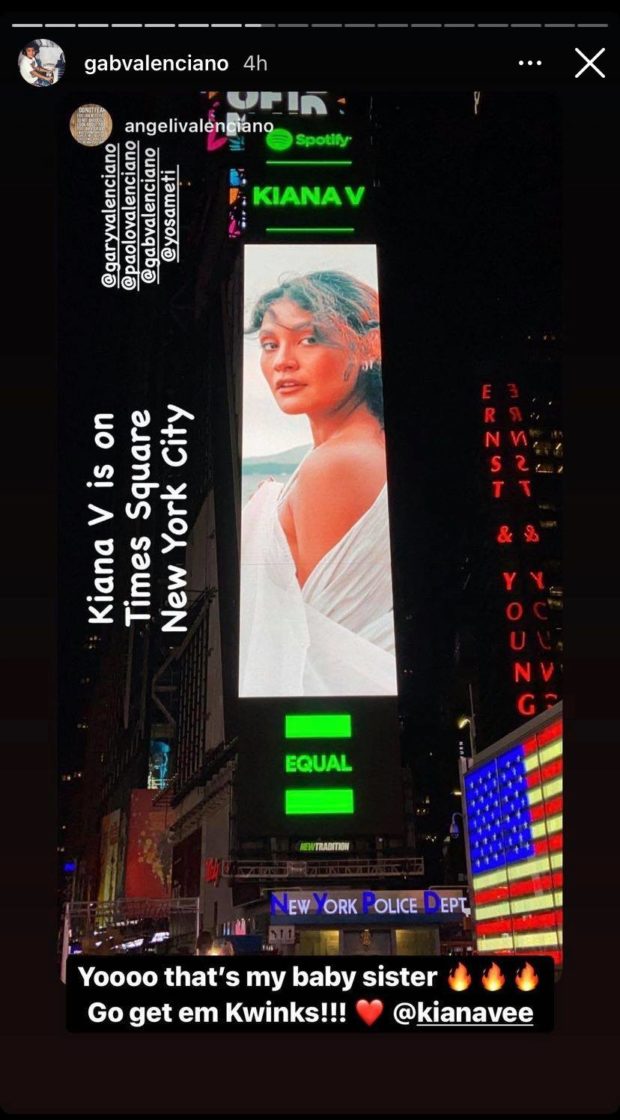 Fellow Filipino singers who have been featured on Times Square billboards over the past months include Janine Teñoso, Reese Lansangan, Julie Anne San Jose and James Reid.  /ra