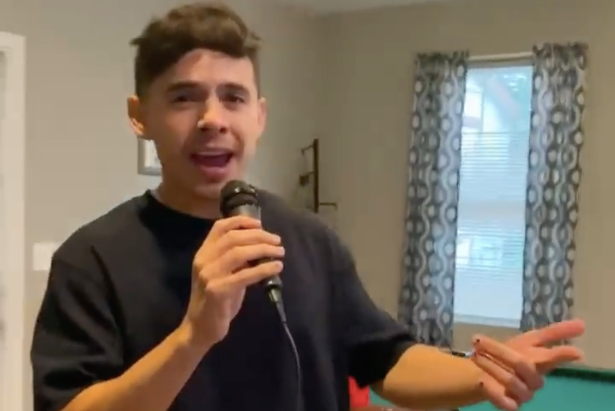 David Archuleta must have sent his Filipino fans swooning today as he sang to them his own version of the South Border song “Rainbow.”

The “American Idol” alum gave his fans in the Philippines a shoutout after he apparently found the song on his karaoke while bonding with his friends, as seen on his Twitter page today, Sept. 21.

The singer also showed a video of himself singing the hit OPM track while his friends clapped and cheered him on.

“Karaoke with the amigos and saw this song. Shoutout to South Border and to my Filipinos!” he said.

Karaoke with the amigos and saw this song. Shoutout to South Border and to my Filipinos! pic.twitter.com/RCvLfpj4ZD

Archuleta started his singing career through the seventh season of “American Idol,” where he finished as a runner-up to “Always Be My Baby” singer David Cook.

In 2012, he starred in the TV5 mini-series “Nandito Ako” with Eula Caballero and Jasmine Curtis-Smith. He also released his cover of the Side A song “Forevermore,” under his album of the same name.

Archuleta recently came out as a  member of the LGBTQ+ community. He opened up on his struggles to find the balance between his religion and identity, hoping to reach those who are in the “same situation” as him.  /ra