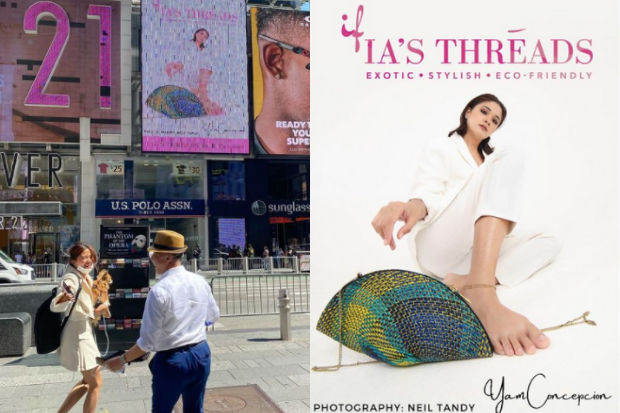 Yam Concepcion has become the latest among Filipino celebrities to be featured on a billboard at the iconic Times Square in New York City.

Concepcion shared her latest milestone via Instagram on Aug. 25 by sharing photos of the said advertisement for fashion brand Ia’s Threads.

The post came with short videos and photos of Concepcion with designer Ia Faraoni and fellow model Sergio Delavicci, among others, in front of the said electronic billboard at Times Square.

Concepcion, who has been in the US for quite some time now, tied the knot with longtime boyfriend Miguel Cuunjieng last July also in New York.