Liza Soberano calls on Senate to raise age of sexual consent: 'We can do better' | Inquirer Entertainment
Close
menu
search 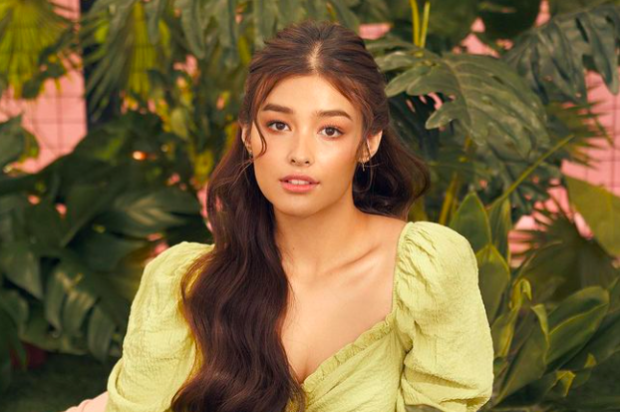 Liza Soberano is urging the Senate to pass the “End Child Rape” bill which seeks to raise the age of sexual consent in the Philippines from 12 to 16.

The Anti-Rape Law of 1997 states that rape is committed when the offended party is “under twelve (12) years of age.” This makes the Philippines one of the countries with the lowest ages of consent in the world, allowing adults to have intercourse with children as young as 12.

The actress called on the Senate to raise the age of consent through a video on her Twitter page yesterday, Sept. 15.

“Raising the age of statutory rape will drastically make it easier for these victims to seek and attain justice. We call on the Philippine Senate to resume the deliberation of the ‘End Child Rape’ bill now,” she said.

Soberano, who serves as an ambassador for the nonprofit organization Save the Children Philippines, showed the same video on her Instagram Story, also yesterday.

“We can do so much better than this,” Soberano stressed. “Please do it for the next generation of youth. We need to protect them at all [costs]. They are our future!” 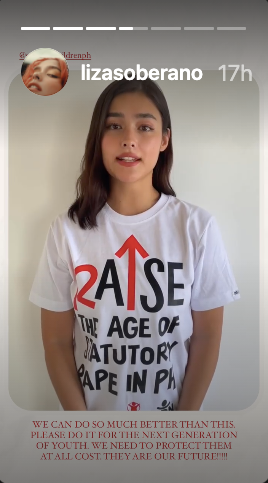 Soberano’s statement on the “End Child Rape” bill marks the actress’ latest advocacy work, following her charity fundraiser with Save the Children Philippines which was initiated last May. The project has since raised more than P500,000 to help children and their families amid the COVID-19 pandemic.

Aside from Save the Children, Soberano has also worked with the human rights group Gabriela to speak about violence against women and children.

The “End Child Rape” bill (Senate Bill No. 2332) was put up for plenary deliberations in the Senate last month. JB