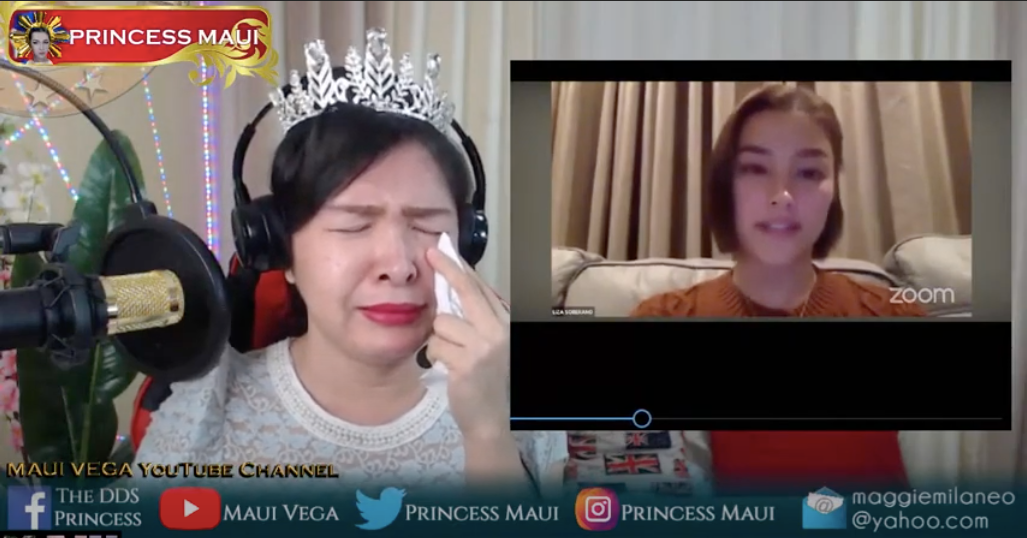 MANILA, Philippines — A vlogger accused actress Liza Soberano of becoming a member of an alleged communist front after she participated in an online seminar by the youth arm of women’s rights group Gabriela.

“Kapamilya actress Liza Soberano joins Gabriela Youth, a front of the Communists!” the description of a Youtube livestream by a certain Maui Becker read.

In the livestream on Wednesday night, the vlogger played a portion of Soberano’s speech before Gabriela Youth where she spoke about violence against women and children.

“I was afraid that people would judge me. They would say what do I know, I’m just a girl, I’m just an actress,” Soberano said in the seminar, explaining why she was previously hesitant about speaking up on issues.

READ: Liza Soberano gets emotional on women’s struggles: ‘So unfair that we have to go out every day in fear’

(Yes, that’s right. Just mind your job. Sure, it’s your freedom but make sure that you are knowledgeable about things.)

(But right now, it looks like you don’t know that Gabriela is a plague in the society, members of terrorists and communists, rebels, NPA, NPA’s front. You don’t have any idea. If you don’t know anything Liza, just keep silent. And hands off our children, Liza, you stupid b****.)

Many of the netizens in the comment section came to Soberano’s defense, even warning the vlogger of possibly getting a lawsuit over her statements.

“Being a progressive thinker doesn’t make one [is] a communist. Red-tagging is criminal. Reported,” one Youtube user wrote.

“Let’s wait and see when she sues you for cyber libel. This is definitely red-tagging,” another user said.

Some netizens also called on others to mass report the video.