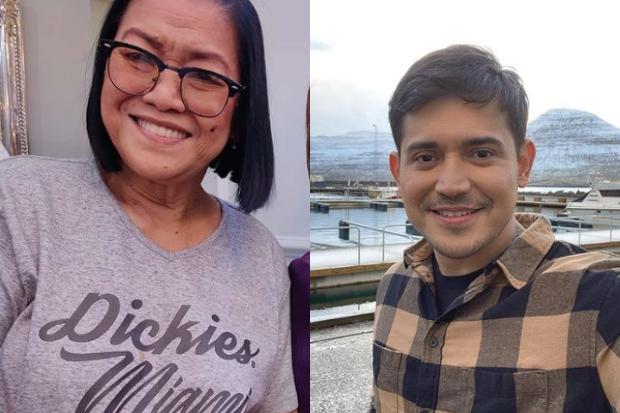 Lolit Solis has spoken up on Paolo Contis, saying sorry to his ex-partner LJ Reyes and his kids. She expressed hope that anyone who might have been affected by the controversy involving the actor would accept Contis’ apology.

Solis, who handles the actor, first confirmed the breakup between Contis and Reyes last month. She said the split was mutual and not caused by a third party, speculated to be actress Yen Santos. However, Reyes opened up about the breakup with TV host Boy Abunda, stressing that the separation was not a mutual decision.

Contis recently addressed various speculations that have come up since Reyes spoke with Abunda. He admitted that there was a third party involved in the split, but denied that it was Santos. Given this, Solis believes the public should move on and avoid adding more “drama” into their lives.

(I hope all those who feel they are affected by what happened will accept [the apology]. We have too much drama in our lives, let’s not add to it anymore.)

For Solis, the things that Contis had done wrong should be left to God’s will.

(He admitted to their shortcomings. That’s okay, go on with life. If they did something wrong, let God decide on that.)

“Kung ayaw nyo pa rin tanggapin, ok na rin, tuloy lang ang buhay. (If you don’t want to accept it, that’s okay, life goes on.) It will not stop your life, as well as it won’t stop theirs,” Solis continued.

Santos and Contis recently starred in the film “A Faraway Land,” which prompted some fans to speculate that Santos caused the breakup.

Fans first speculated Contis and Reyes have called it quits when the actor removed all of Reyes’ photos on his Instagram page last month. He also stopped following anyone on the platform. Reyes has since unfollowed him on the platform as well.

Contis and Reyes were together for six years. They have one child together named Summer. Reyes also has another child, Aki, whom she had with actor Paulo Avelino.  /ra