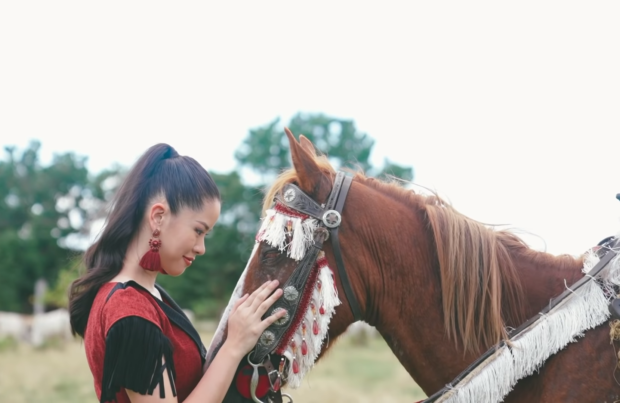 Kisses Delavin has taken fans on a trip to her hometown Masbate, as she went horseback riding and boating for her Miss Universe Philippines tourism video.

The actress visited various tourist spots in the province such as beaches and churches. She also rode a horse on a local sandbar and a grassland, as seen on Empire Philippines’ YouTube channel on Tuesday, Sept. 7.

“When you open the map of the  Philippines, right at the heart of the Philippine archipelago is where you can find my hometown, Masbate. I’m proud of this fact,” Delavin said.

The “Pinoy Big Brother” alum also showed some local products and cuisine as she talked about the province’s “postcard-worthy views” and “rodeo action.”

“Masbate would be regarded by tourists as a dream destination, but for me, Masbate is more than that,” Delavin told fans. “I have lived a full life here. With these wonderful people, almost every corner, every place has a special memory with people I know and loved.”

“I have lived here for 15 years and its beauty still surprises me every day. I am proud of this province,” she added.

The video has earned more than 437,000 views as of this writing.

Delavin previously earned the top spot in Miss Universe Philippines’ introduction video and headshot challenges. She was also one of the candidates who made it to the beauty pageant’s Final 30.

The Miss Universe Philippines Organization started with an initial list of 100 delegates. For this year, the organization had its candidates go through a series of challenges to determine who would advance further into the competition.

All final candidates will be seen at the live coronation ceremony on Sept. 25.  /ra