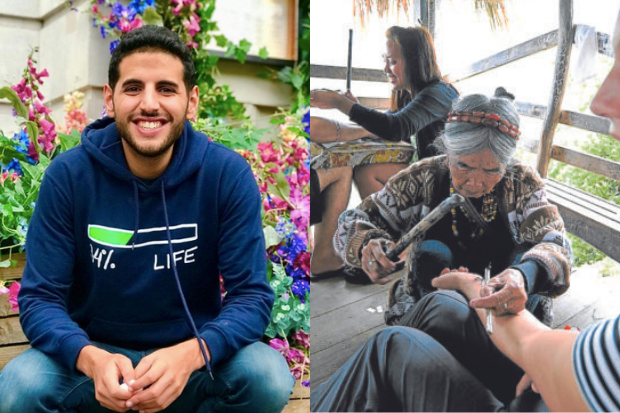 Nas Academy has opposed the findings of the National Commission on Indigenous Peoples (NCIP) on their contract with Kalinga mambabatok Apo Whang-Od. They claimed the agency’s investigation on the incident was “unfair.”

Earlier this month, the online learning platform led by Arab Israeli vlogger Nas Daily (real name: Nuseir Yassin) was accused by Whang-Od’s grandniece Gracia Palicas of setting up a “scam” workshop with the iconic tattoo artist. Palicas said her grandmother was not aware of any contract with the academy. Meanwhile, Yassin claimed that Nas Academy’s arrangement with Whang-Od was approved by the tattoo master herself.

Yassin, who was criticized for supposedly being “exploitative” and using “Pinoy baiting,” also issued a statement explaining that the academy’s intentions were “pure” when they set up Whang-Od Academy. However, the NCIP found during its investigation that the tattoo artist did not consent to the workshop, results that Nas Academy rejected.

“It is not true that Apo Whang-Od’s consent was not obtained and that she did not affix her signature. It is also not true that the contract was not discussed with her,” the academy stated on its Facebook page today, Aug. 30.

Nas Academy noted they hired a local production company to help in complying with all requirements mandated under the law. It added that they were given assurance that the production company would coordinate with Whang-Od and her community.

“We spent [two] full days filming with Whang-Od and Estela [Palangdao] (Whang-Od’s niece). There were more than [seven] people involved in this process and Estela set up a bank account to receive the funds from the project,” they explained.

According to Nas Academy, their contract with the mambabatok was translated by Palangdao while Whang-Od’s brother and other members of her tribe were present. They maintained that Whang-Od affixed her thumbprint on their contract, though NCIP stated there was an “apparent disparity” between the mark on the contract and the one affixed by Whang-Od on a clean sheet of paper.

Nas Academy also denied the NCIP’s finding that their contract with Whang-Od was “onerous.” They pointed out that the contract specifically indicates that Whang-Od will receive “shared revenue” from the income generated from the project.

“Nas Academy is on a mission to help everyone become a teacher. We engaged with Whang-Od and her family in order to support them during these difficult times,” it said, citing the decline of tourism amid the pandemic.

In Yassin and the academy’s previous statements, they claimed that they were working with the NCIP to “make sure everything is legal,” but it appeared they have not been in touch with the agency.

“We were ready to cooperate with the Regional Office of the NCIP in its investigation. But Nas Academy was not given the chance to explain its side before arriving at a conclusion and releasing a statement,” the online learning platform stated. “This is not how a fair investigation is held.”

Nas Academy apologized for the “inconvenience” it may have caused the public. It added that the controversy may have been the result of “internal disputes” that they could not control.

Whang-Od is an iconic traditional tattoo artist from the Butbut tribe of Buscalan, Kalinga. She was conferred the Dangal ng Haraya Award in 2018 by the National Commission for Culture and the Arts for her contributions to Filipino culture and the indigenous practice of tattooing.

The NCIP will provide Whang-od and the community with legal assistance should they want to pursue legal actions against Nas Academy. It also reminded tourists to “be culturally sensitive and exert proper and due diligence” when interacting with Whang-Od. JB