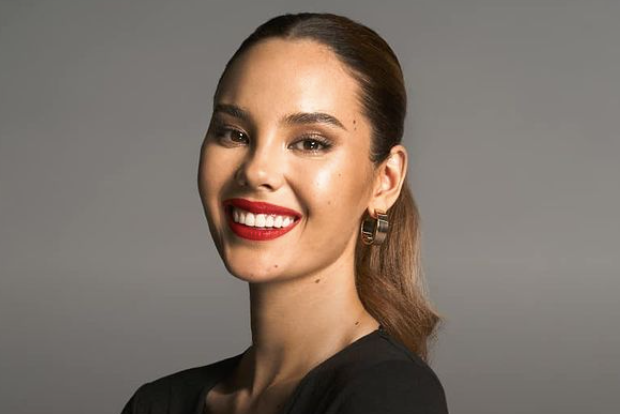 Whang-Od is recognized as the iconic traditional tattoo artist from the Butbut tribe of Kalinga. She was conferred the Dangal ng Haraya Award in 2018 by the National Commission for Culture and the Arts for her contributions to Filipino culture and the indigenous practice of tattooing.

Nas Academy, led by Arab Israeli vlogger Nas Daily (real name: Nuseir Yassin) has been under fire recently after Whang-Od’s grandniece Gracia Palicas called the academy’s online tattoo course featuring her grandmother a “scam.” However, Yassin claimed that Nas Academy’s arrangement with Whang-Od was approved by the tattoo master herself.

In what appears to be a result of the issue, Gray’s management from Cornerstone Entertainment announced that it will no longer be accepting further applications for the “Catriona Gray Academy,” as shown on its Instagram page today, Aug. 8.

“Cornerstone Entertainment, Catriona Gray and NAS Academy have agreed to stop accepting new applications for the Catriona Gray Academy until the issue of Whang-Od has been fully resolved,” the agency stated.

It added that Nas Academy is working with the National Commission on Indigenous Peoples to make sure that all “proper processes” related to the academy will be followed. For now, Cornerstone will “continue to monitor the progress” of the issue.

Gray’s workshop with Nas Academy was supposed to teach participants ways to build self-confidence, deal with anxiety and prepare for presentations. A link that used to lead to the “Catriona Gray Academy” course page now shows a release from Nas Academy, stating that its intentions have been “misunderstood.”

“We wanted everyone inside and outside the Philippines to become a teacher because knowledge is the only thing that increases when you give it away,” the academy noted. “Sadly, some of our intentions have been misunderstood, as we can see with Whang-Od Academy.”

Nas Academy stressed that it has “full respect” for the Filipino people and culture. It added that it will be pausing its operations in the Philippines to focus on “strengthening our processes around how we collaborate with our partners.”

Yassin’s Facebook page has lost over half a million followers days after the issue surrounding Nas Academy surfaced. Filipino netizens have also started calling out Yassin for “Pinoy baiting,” or exploiting Philippine culture to gain online engagement from Filipinos. JB

Nas Academy claims Whang-Od tattoo course was approved by her