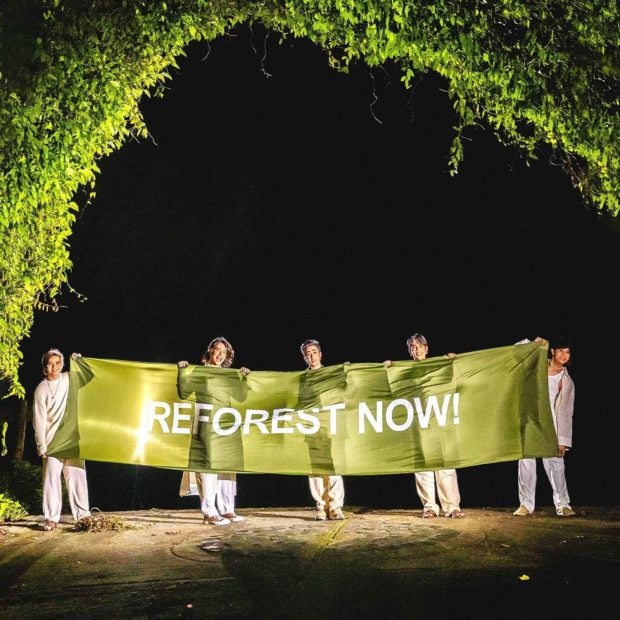 In a photo shared by the Masungi Georeserve social media page, the five SB19 members are shown holding a banner that says, “REFOREST NOW!”

“We hope they continue to inspire more people through their music and help bring light in times of darkness!” Masungi Georeserve wrote in its post to show appreciation for the five-member group. 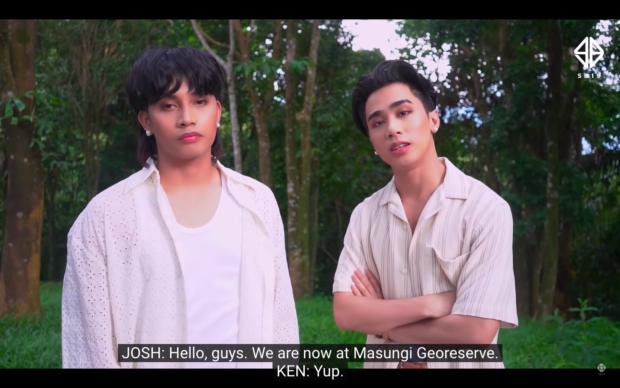 The group featured the Masungi Georeserve, a nature reserve in Tanay, Rizal, in the recently released videos of its extended play “Pagsibol.” The wildlife sanctuary is where the group filmed the second layout of its musical recording, which was initially released last July 22.

“We’re one with nature,” said Ken, one of the members of SB19, as he described the mood produced by the location of their photoshoot.

“I would recommend anyone to go here because the place is very beautiful,” another member, Pablo, said in the video.

Reactions from the fans, collectively known as A’TIN, have been mostly positive and supportive of the boys’ environmental advocacy.

we stan the right people! thank you so much for this @inquirerdotnet ✨🌱@SB19Official #SB19#SB19SWChampionOfChampions

SB19 also includes Josh, Justin and Stell. The group is currently signed under ShowBT Philippines, a subsidiary of the Korean company ShowBT Group in the country.

Recently, the group was hailed Artist of the Year and earned two other prizes in the Myx Music Awards.

Just like SB19, Masungi Georeserve has quickly become a social media sensation and even received international recognition after it was transformed into a geopark. It has also been considered by many as an important spot for conservation.

However, even with the widespread importance of the Masungi Georeserve, it still faces threats of illegal logging, quarrying, kaingin and other destructive human activities.  /ra