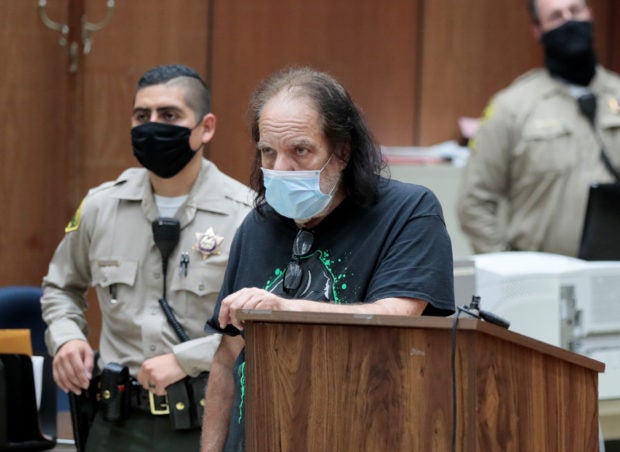 The Los Angeles District Attorney’s office said Jeremy was indicted by a grand jury last week on the charges, which involve 21 women aged between 15 and 51 years old.

Jeremy, 68, was among the biggest names in the adult film industry, having appeared in more than 2,000 movies starting in the 1970s.

Jeremy’s attorney said in an email on Wednesday that the actor was “innocent of all charges.” In August 2020, Jeremy wrote on Twitter: “I can’t wait to prove my innocence in court! Thank you to everyone for all the support.”

He was first arrested more than a year ago on charges of raping three women and has remained behind bars ahead of a trial. More victims have come forward during the months-long investigation.

The District Attorney’s office said the indictment involved 21 victims and conduct dating back to 1996. The counts include 12 of forcible rape, seven of forcible oral copulation, six of sexual battery, and two of penetration while the victim was asleep or unconscious.

The alleged offenses took place at night clubs and bars in the Los Angeles area, during a photo shoot, and at Jeremy’s home, the District Attorney’s office said. Police are still investigating the case. JB