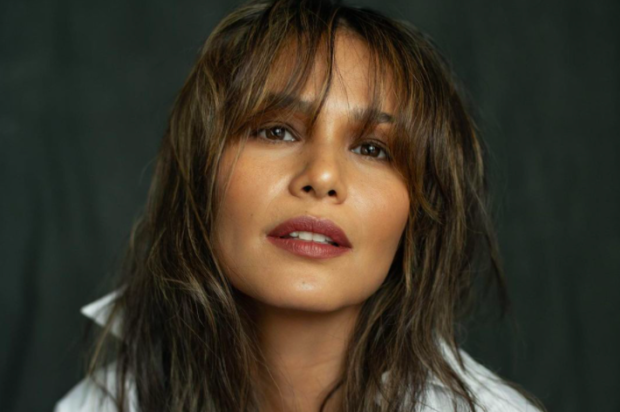 Iza Calzado looked back at her years-long journey to land a role as Darna in the upcoming “Mars Ravelo’s Darna: The TV Series,” saying the “painful parts” of it helped her prepare in becoming the Filipino superhero.

“I honestly never thought or dreamt I would be part of this iconic project even as a child growing up, wanting to be an artista (actor),” the actress admitted through her Instagram page yesterday, Aug. 14.

“The journey to this has been 17 years for me with a lot of painful parts that I have come to accept with grace because I know this is part of my journey to becoming my own kind of Darna,” she added.

Given that the role was a long time coming for Calzado, she noted that the experience taught her to believe in divine timing. She also expressed hope that “Mars Ravelo’s Darna: The TV Series” will make viewers believe in the “hero that exists in all of us.”

“[Imagine] the possibilities of coming together once we’ve all tapped into our superpowers? What a beautiful world I see,” she told fans. “Celebrating the superhero in all of us today and always!”

ABS-CBN announced that Calzado was cast for the upcoming superhero series last week, an announcement that the actress waited a long time to talk about.

She revealed in a 2014 interview with TV host Boy Abunda that she was supposed to play Darna in GMA Network’s series adaptation in 2005, but the project was eventually given to actress Angel Locsin.

In the ABS-CBN adaptation, Calzado will be playing as the “first Darna” who will pass on her superpowers to her daughter Narda, played by Jane de Leon.

Production for the series has been delayed numerous times, even before the pandemic. Locsin was first tapped to reprise her role for a film back in 2014, but she had to exit the project due to a back injury and health reasons in 2015.

Fellow Kapamilya actress Liza Soberano was then cast for the role, but she backed out in 2019 after suffering from a finger injury.

Meanwhile, director Erik Matti was supposed to direct the “Darna” film, but he decided to leave the project due to creative differences. Matti was replaced by Jerrold Tarog, who also eventually let go of the project last January, this time due to scheduling conflicts.

The project has since been turned from a movie into a television series. It will start filming in September, after De Leon exits the long-running series “FPJ’s Ang Probinsyano.” JB