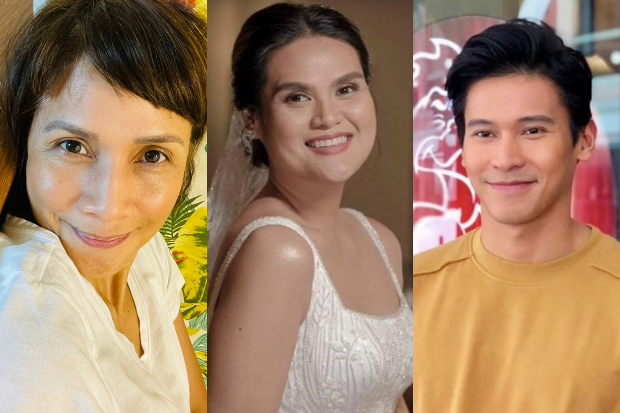 Agot Isidro and Enchong Dee called out congresswoman Claudine “Dendee” Bautista for having a “lavish” wedding ceremony in Balesin amid the COVID-19 pandemic and plight of displaced drivers.

Bautista, a representative of Drivers United for Mass Progress and Equal Rights party list (DUMPER), got married in a Michael Cinco wedding gown at a “lavish private island in Balesin,” the renowned designer revealed through his Instagram page last Wednesday, Aug. 11.

Isidro and Dee expressed disappointment over the ceremony, pointing out that the money spent for the wedding could have fed many displaced drivers.

“That gown alone can feed [hundreds] of families of displaced drivers. And you’re representing which sector again, Cong. Claudine Bautista?” the actress asked Bautista through her Twitter page yesterday, Aug. 14.

That gown alone can feed hundred of families of displaced drivers.

Meanwhile, Dee believes that money meant to help drivers and commuters went to [Bautista’s] wedding, as seen on his Twitter page also yesterday.

“The money for commuters and drivers went to her wedding. Let’s not prolong this conversation and don’t say otherwise,” he told fans.

The money for commuters and drivers went to her wedding. Let’s not prolong this conversation and don’t say otherwise. https://t.co/KRyDflzj0a

Comedian Pokwang also criticized the congresswoman for choosing a glamorous gown for her wedding, given the sector she represents.

Meanwhile, Sen. Nancy Binay slammed the Land Transportation Franchising and Regulatory Board (LTFRB) and Department of Transportation for being “invisible” in prioritizing assistance for drivers amid the ongoing pandemic.

She called the agencies the “biggest job stranglers” and pleaded to give drivers “even a little dignity.”

This comes after the Commission on Audit flagged the LTFRB’s utilization of only P59 million out of its P5.58 billion fund for the Service Contracting Program for displaced drivers. Only around 29,000 of the target 60,000 participants were registered in the program as of 2020. JB