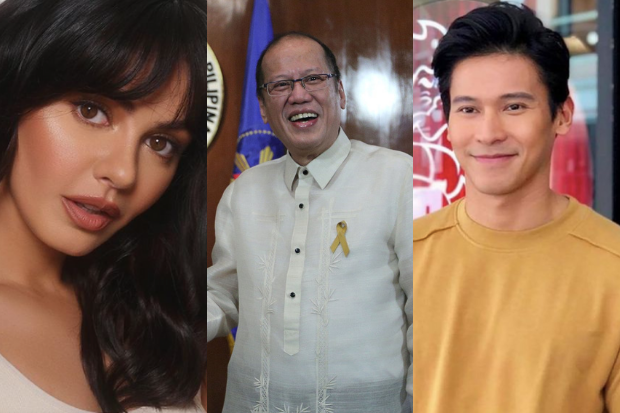 Gutierrez, meanwhile, expressed her gratitude to Aquino for his service as the country’s former president.

“Rest in Peace, President Noynoy. Thank you for your service,” she stated in a Twitter post on the same day.

Rest in Peace, President Noynoy. Thank you for your service 🙏🏼

Megastar Sharon Cuneta was also among the actors who honored Aquino, through an Instagram post also today. She addressed Aquino’s family as she displayed a poster that bannered the words “Despite our colors, let our powers unite.”

“Deepest condolences to PNoy’s family on his passing. May God hold you all tightly in his arms as you go through this difficult time,” she stated.

Singer Ogie Alcasid also paid his respects to Aquino, saying today was a “sad day.” He then extended his condolences to the former president’s family.

(Goodbye, sir Pnoy. Our deepest condolences to your loved ones — Kris, Ballsy, Pinky and Viel, and the entire Cojuangco-Aquino family. It is a very sad day.

Alcasid’s message to Aquino’s family comes with a photo of a yellow ribbon, a symbol that was often used throughout Aquino’s political career.

Aquino died at 4:30 a.m. today at the Capitol Medical Center in Quezon City, as per the former Cabinet official Danny Gozo. Aquino served as the country’s 15th president, from 2010 to 2016. He is the only son of former president Corazon Aquino and senator Benigno “Ninoy” Aquino. JB

The Juans singer Carl Guevarra speaks up on ‘exhaustion, trauma’ of having alopecia