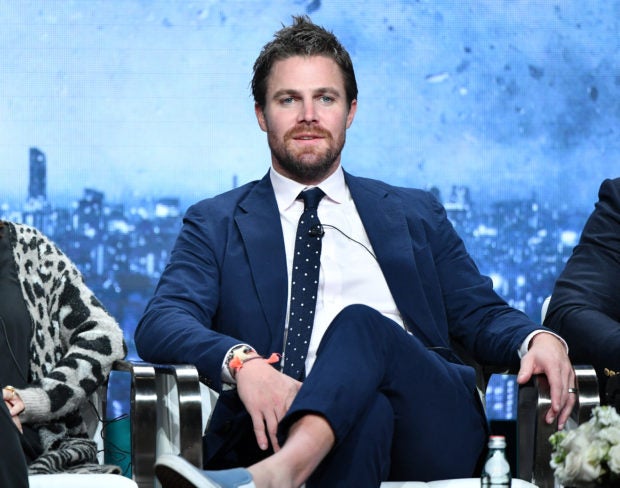 “Arrow” star Stephen Amell was reportedly removed from a flight after getting into an argument with his wife, Cassandra Jean Amell.

Amell has since confirmed the news after several reports on the incident came out, but clarified that he was not kicked off the flight and instead got off peacefully himself.

“My wife and I got into an argument Monday afternoon on a Delta flight from Austin to LA. I was asked to lower my voice and I did. Approximately 10 minutes later I was asked to leave the flight. And I did so immediately. I was not forcibly removed,” Amell tweeted yesterday, June 23.

“I rebooked myself on a Southwest flight 2 hours later and traveled home without any further issue. I let my emotions get the better of me, end of story. Must be a slow news cycle,” he added in the following tweet.

I rebooked myself on a Southwest flight 2 hours later and traveled home without any further issue. I let my emotions get the better of me, end of story. Must be a slow news cycle.

Entertainment outlet Page Six broke the news yesterday morning, stating that Amell was allegedly drunk and was yelling at his wife at the time.

He was on a Delta Air Lines flight from Austin to Los Angeles in California in the US, after attending the ATX Television Festival.

Amell was escorted out of the flight by one marshall and three flight attendants, according to the report.

“Delta flight 966 on June 21 took a brief, eight minute departure delay after an unruly customer was deplaned from the aircraft prior to departure in Austin. The flight arrived ahead of schedule at Los Angeles International Airport,” a statement from a Delta spokesperson, meanwhile, read, as cited by the outlet.

Amell and his wife have been married twice: first in December 2012, and second five months later in the Caribbean. They have a 7-year-old daughter named  Maverick Alexandra. Ian Biong /ra