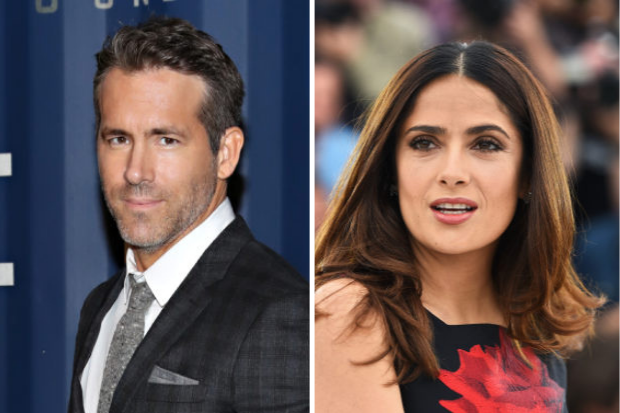 Canadian actor Ryan Reynolds has nothing but praise for Salma Hayek, whom he describes as someone who goes to set “to play and build”—and to slap hard, when necessary.

The “Deadpool” star’s hilarious recollection of the time he got slapped by Hayek was shared by Variety in its recent exclusive feature on the actress.

Reynolds and Hayek co-starred in the upcoming film “Hitman’s Wife’s Bodyguard,” which is set to be released this June.

“In ‘Hitman’s Wife’s Bodyguard,’ I’m slapped in the face twice by Salma and once by Samuel L. Jackson,” Reynolds was quoted as saying.

“For the record, it was Salma who didn’t pull the punches. Not even once. I can still feel the sharp sting of her tiny hand working its way into my soft Hollywood cheekbones. May God have mercy on her soul,” the comedian added.

Aside from commenting on Hayek’s hard slaps, however, Reynolds also affirmed the praises of the said film’s director, Patrick Hughes, on the actress.

“Salma is just a creative ball of energy, and she brings so much to the table,” Hughes was quoted as saying. “When we were in pre-production in London, I’d go over to her place once a week, and we’d work on the dialogue. She’s always bringing endless ideas.”

Reynolds agreed, saying: “Salma is a writer… She comes to set with a writer’s mind and outlook. She’s constantly improving, rewriting and reminding us all what the scene is actually about. She comes to play and build.”

Both Reynolds and Hayek are now also Marvel actors, as the former is known for his hilarious and spot-on portrayal of Deadpool and Hayek is set to star as the immortal Ajak in the highly anticipated superhero movie “Eternals.”