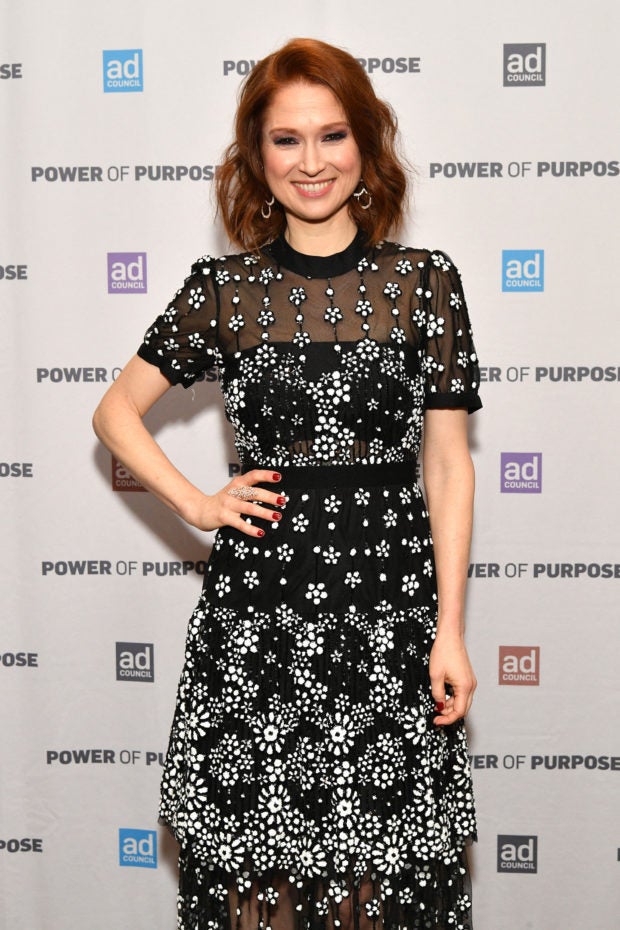 Ellie Kemper has publicly apologized for attending a debutante ball back in 1999, which she did not know at the time had a “racist” and “sexist” past.

“When I was 19 years old, I decided to participate in a debutante ball in my hometown,” the “The Office” star recalled on Instagram yesterday, June 7.

The said event was the Veiled Prophet Ball held annually in St. Louis, Missouri, in the United States.

“The century-old organization that hosted the debutante ball had an unquestionably racist, sexist, and elitist past,” Kemper said.

Kemper’s apology came after netizens on Twitter called out the said ball and pointed out photos showing Kemper as part of the event held at the Adam’s Mark Hotel ballroom.

The actress, who was a freshman at Princeton University at the time, was also crowned the 105th Queen of Love and Beauty on the night of Dec. 24, 1999, as per St. Louis Post Dispatch archives.

“I was not aware of this history at the time, but ignorance is no excuse. I was old enough to have educated myself before getting involved,” Kemper admitted.

“I unequivocally deplore, denounce, and reject white supremacy,” she stressed.

“At the same time, I acknowledged that because of my race and my privilege, I am the beneficiary of a system that has dispensed unequal justice and unequal rewards,” the actress added.

Kemper also seemingly sided with her critics, disclosing that she recently realized that these people are the same “forces that I’ve spent my life supporting and agreeing with.”

“I believe strongly in the values of kindness, integrity, and inclusiveness. I try to live my life in accordance with these values,” she said.

“If my experience is an indication that organizations and institutions with pasts that fall short of these beliefs should be held to account, then I have to see this experience in a positive light,” Kemper added.

The Veiled Prophet organization was founded by white elitists in St. Louis back in 1878, Scott Beauchamp disclosed in a Sept. 2 2014, article for The Atlantic.

It was reportedly created in response to growing labor and racial tensions in the city, “much of it involving cooperation between white and Black workers.”

“I want to apologize to the people I’ve disappointed, and I promise that moving forward I will listen, continue to educate myself, and use my privilege in support of the better society I think we’re capable of becoming,” Kemper said.

Aside from playing Erin Hannon in the hit NBC sitcom, Kemper is known for playing the titular role in the series “Unbreakable Kimmy Schmidt.” She is set to star in the upcoming “Home Alone” reboot alongside child actor Archie Yates, who appeared in “Jojo Rabbit.”  /ra

Read Next
Carey Mulligan to star in film about Harvey Weinstein scandal
EDITORS' PICK
Shop smarter with vivo’s big 12.12 holiday deals
House energy committee chair Arroyo bats for cheap electricity
How not to retire as an ex-president
Lawmakers eyeing more changes in Maharlika plan
Hidilyn Diaz wins only gold missing from her collection
The vivo Y02 is now available in the Philippines for only PHP 5,299
MOST READ
Jovit Baldivino, ‘Pilipinas Got Talent’ winner, dies at 29
Andi Eigenmann, family in Manila for a quick visit; Ellie dines with grandma Jaclyn Jose
LPA enters PAR, to likely strengthen into tropical depression in coming days – Pagasa
Lawmakers eyeing more changes in Maharlika plan
Follow @IBiongINQ on Twitter
Don't miss out on the latest news and information.